BJP MP Arjun Singh suffered head injuries on Sunday during a clash at Kankinara area of his constituency. 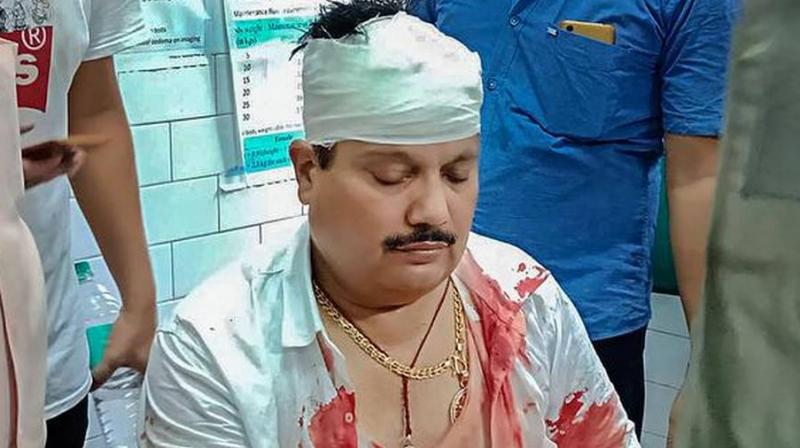 Kolkata: West Bengal Governor Jagdeep Dhankar on Monday visited Barrackpore BJP MP Arjun Singh, who is recovering from his injuries at a private hospital here, and expressed concern over the law and order situation in the state.

Singh suffered head injuries on Sunday during a clash at Kankinara area of his constituency.

The parliamentarian claimed that Barrackpore police commissioner Manoj Verma struck him, causing a gash on his head, while he along with his supporters was holding a "peaceful protest" at Kankinara in the district over alleged capture of a party office by the TMC activists.

Dhankar, after visting Singh, told reporters that a system must be in place to ensure that "everyone acts in a disciplined manner".

"I was in Delhi, I cut my visit short to visit Arjun Singh this morning as there had been a serious incident. I am worried at the moment," the governor said.

This was his first remark on the law and order situation in Bengal since taking oath as the governor.

"I am in pain looking at all this violence. I feel pain when something happens to teachers, doctors, lawyers and journalists," Dhankar added.

Bengal has been witnessing a series of clashes since Lok Sabha elections earlier this year.

Violence gripped Barrackpore after Singh, a four-time legislator, switched to the BJP from the TMC, and defeated ruling party candidate Dinesh Trivedi in the general election by a margin of 14,857 votes.