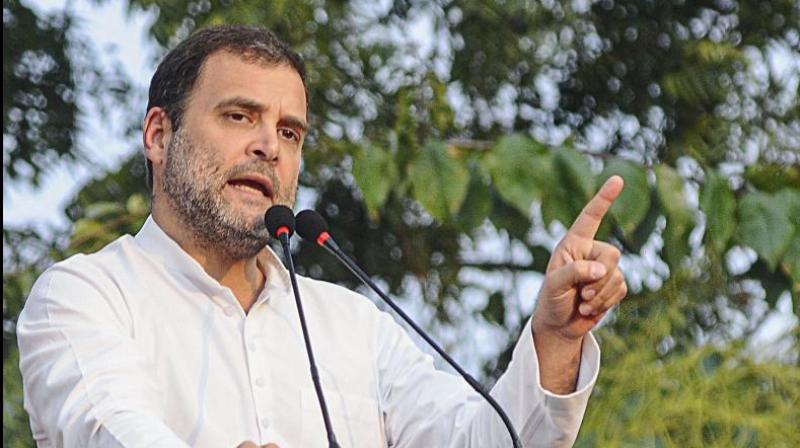 New Delhi: Attacking the Centre over the slump in GDP, the Congress on Tuesday said that the economy was ruined from the day demonetisation was announced and it continued after the Modi government introduced one erroneous policy after another.

"The ruining of the country's economy began with demonetisation. Since then, the government introduced one erroneous policy after another," former Congress president Rahul Gandhi tweeted on Tuesday.

Congress leader and general secretary in-charge of Uttar Pradesh, Priyanka Gandhi Vadra, too accused the government of being responsible for the slump in the economy.

“Rahul Gandhi had spoken of an ‘economic tsunami’ six months ago, while the government announced a package just for ‘show’ and look at the condition now,” Gandhi Vadra said in a tweet in Hindi.

In a separate tweet, Congress' chief spokesperson Randeep Surjewala said: "Modiji, at least now accept that what you hailed as masterstrokes were actually 'disaster strokes' -- demonetisation, faulty GST and lockdown".

The country's economy suffered its worst slump on record in April-June, with the GDP contracting by 23.9 per cent as the coronavirus-related lockdown weighed on the already declining consumer demand and investment.