All the guidelines issued by the government will be followed while allowing the visitors to the site, ASI superintendent said 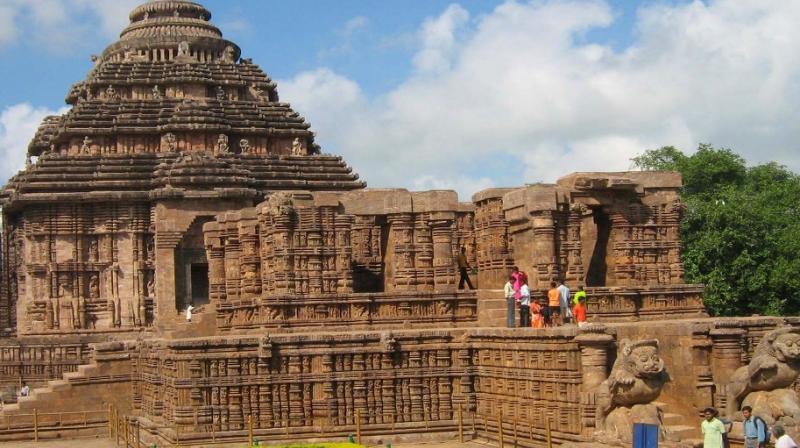 BHUBANESWAR: The 13th century Sun Temple at Konark in Odisha’s Puri district reopened on Tuesday after remaining out of bounds for visitors for more than five months in the wake of Covid-19 pandemic.  The monument has been thrown open for public as per the Unlock 4 guidelines of the central government as well as state government after a discussion of the Archaeological Survey of India (ASI) authorities with the district administration.

“We had already received the instructions for reopening of the temple from the Centre. However, we were waiting the guidelines of the state government,” ASI superintendent Arun Mallick told reporters here.

He said all the guidelines issued by the government of India and the Odisha government will be followed while allowing the visitors to the site. Thermal screening of visitors will be conducted at the entry point.

Mallick said sign boards having quick response (QR) code have been installed outside the temple for visitors as manual booking of tickets will not be done as of now.

“Visitors can book their tickets by scanning the QR code any making payment online. We are trying to ensure that tourists and visitors enjoy their time out here,” said the ASI superintendent.

He further said adequate measures had been taken to control the crowd and 4500 tourists will be allowed into the temple site per day.

“In order to control the traffic, 2500 visitors will be allowed in the first half of the day and 2000 visitors in the second half,” Mallick said.

The top tourist and religious sites in Odisha including Sun Temple in Konark, Puri Srimandir and Shanti Stupa (peace pagoda) at Dhauli shut their doors for visitors since March 15 as a precautionary measure to stem the spread of novel-coronavirus.

Also known as Black Pagoda and Konark Temple, the Sun Temple is built in red sandstone (Khandolite) and black granite by King Narasimhadeva I of the Ganga dynasty. A World Heritage Site, the temple provides an exceptional look at India's religious heritage. Considered as one of the finest examples of Brahmin architecture and beliefs, the temple was built to honor the Sun God or Arka.

The temple takes the form of the chariot of Surya (Arka), the sun god, heavily decorated with stone carving. The entire complex follows the design pattern of a huge chariot drawn by seven spirited horses on twelve pairs of elaborately decorated wheels.