The Congress party has been attacking the government over the rise in petrol, diesel and LPG prices 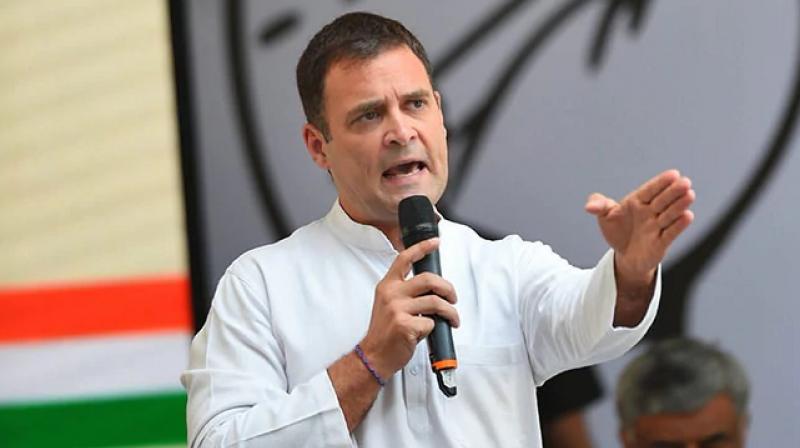 New Delhi: Congress leader Rahul Gandhi on Wednesday hit out at the central government over the hike in prices of domestic cooking gas petrol and diesel. He said there is a new concept of GDP where “rising GDP means a rise in prices of gas, diesel and petrol”.

He added that the centre won’t be able to pull the nation out of the ‘economic crisis’ as there are structural problems with how it is handling the ‘economy’. He said, “the problem is not cyclical, it is structural. The economic crisis that we faced in 1991 has resurfaced. The solutions that we brought worked till 2012 and I believe that without a new approach we will not be able to come out of this crisis. We need a new approach. Our plan for the economy, which worked from 1991 to 2012, stopped working after that.”

Addressing a press conference Rahul Gandhi hit out at the National Monetisation Pipeline and said that farmers, labourers and the unemployed were being demonetised. He said, “Farmers, labourers, unemployed youth, middle class and medium and small enterprises are being demonetised. Only 4-5 friends of PM Modi are being monetised.” He further added that the government was selling off ‘India’s assets’ to the private sector.

Gandhi further alleged that the government has earned Rs. 23 lakh crore from increasing prices of gas, diesel and petrol in the last seven years and said the people of the country should ask where is this money going.

The Congress party has been attacking the government over the rise in petrol, diesel and LPG prices and has been demanding a reduction in them by removing some of the taxes imposed by the central government.