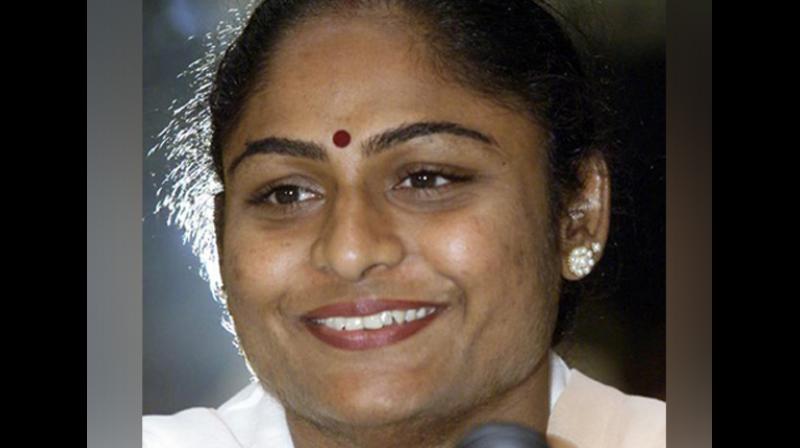 Besides the cleanliness campaign, Malleshwari, along with her team also planted trees. (Photo: ANI | Twitter)

Malleshwari commenced her campaign earlier on Sunday with a team of 300, which included students, government employees and locals.

Besides the cleanliness campaign, she, along with her team planted trees.

She expressed hope that in the next few days numerous social workers and NGOs will join her to make Yamunanagar and the whole state of Haryana clean and green.

After receiving a letter from Prime Minister Narendra Modi, Malleswari began to build her team.

The retired weightlifting Olympic medalist also asserted that she is very excited about the cleanliness drive and wants to fulfil Prime Minister Modi's dream.

Under this campaign, a goal has been set to achieve the idea of ‘Clean India’ by October 2, 2019.

Malleswari is country's first female player to win a medal in the Olympics.

She had won the bronze medal in the 69 kg category of weightlifting in the 2000 Sydney Olympic Games.