India   All India  02 Nov 2019  Outsiders visiting Meghalaya, staying for more than 24 hrs will now have to register with govt
India, All India

Outsiders visiting Meghalaya, staying for more than 24 hrs will now have to register with govt

Deputy CM said that the amended Act has been approved and it will come into force with immediate effect. 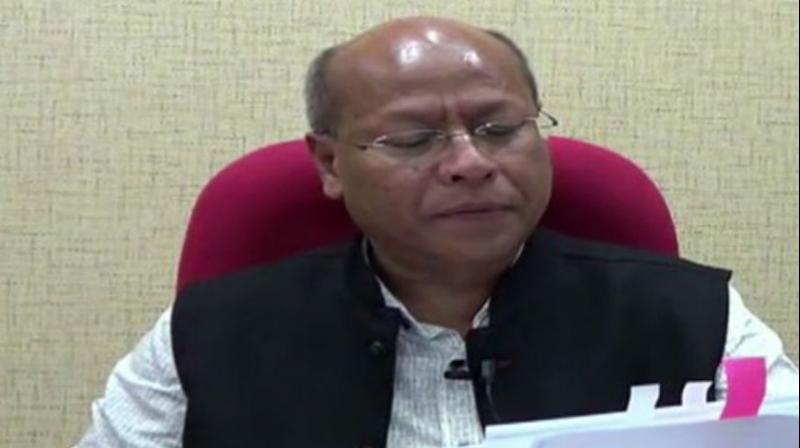 Shillong: In a bid to protect the interest of tribal citizens, the Meghalaya cabinet on Friday approved the amendment to an act that seeks mandatory registration of outsiders for entering the state.

"The amended Act has been approved and it will come into force with immediate effect. It will be regularised in the next session of the state Assembly," he told reporters after the meeting.

He said the decision was taken after several meetings were held with the different stakeholders including political parties and NGOs.

"Any person who is not a resident of Meghalaya and intend to stay more than 24 hours in the state will have to furnish document to the government. This is done for their (outsiders) own interest as well as for the interest of the government and people of Meghalaya. They will be much safer," he said.

Employees of the Centre, state and District Councils are exempted from the purview of the Act, he said.

The Meghalaya Residents, Safety and Security Act, 2016 (MRSSA) was passed by the then Congress led MUA-II government as part of a comprehensive mechanisms to check illegal immigration, in lieu of the Inner Line Permit (ILP).

Tynsong said when the Act was first passed in 2016, the focal point was on tenants.

The instructions had been given to all landlords to make sure that papers were in place and they should inform the traditional community heads (Rangbah Shnongs, Dollois and Nokmas), the deputy chief minister said.

According to him, the amendment to the Act is "inclusive and safe".

"We will redraft the existing rules to ensure simple procedures for registration, and also allow online registration. Once the rules are ready, it will be placed before the cabinet," he said.

The deputy chief minister said that the district task forces headed by the respective deputy commissioners will have to be more proactive.

He said any person, who wilfully fails to furnish the information or provide false document, will be liable to be punished under various sections of the Indian Penal Code (IPC).

There was an increasing demand to enhance vigil against influx of non-indigenous people in the hill state, following the implementation of the National Register of Citizens (NRC) in Assam.

The updated final NRC, which validates bonafide Indian citizens of Assam was released in August this year with the authority conducting the exercise shutting out the citizenship claims of over 19 lakh applicants.

Meanwhile, the cabinet has also approved the Meghalaya Charcoal (Control of Production, Storage, Trade and Transit) Amendment Rules, 2019, proposed by the Forest and Environment department.

The amendment was brought in to restrict the usage of charcoal, produced within the state, in ferro alloy industries and the units have to procure it from outside, Tynsong said.

Production of charcoal for local consumption (mostly for cooking purposes) is still allowed, he added.