This will be the second consecutive year when winter in North India will be below normal. 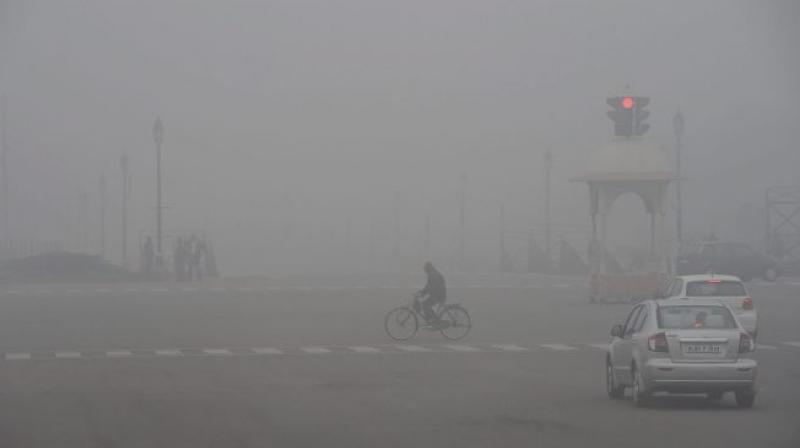 In the first winter forecast ever, the IMD said there is also a high probability of minimum temperatures to remain "above normal" in the Core Cold Wave (CW) zone this winter. (Photo: PTI)

New Delhi: India will witness 'above normal' winter this year, but North India is likely to have less of cold wave spells this season, the India Meteorological Department (IMD) said on Thursday.

This will be the second consecutive year when winter in North India will be below normal.

In the first winter forecast ever, the IMD said there is also a high probability (83 per cent) of minimum temperatures to remain "above normal" in the Core Cold Wave (CW) zone this winter.

"This suggests occurrence of cold wave conditions in the core CW zone during the 2016/17 cold weather season is likely to be less than normal," the IMD said.

"The winter will be above normal at the country level this year, but North India will have lesser cold waves," KJ Ramesh, Director General, IMD said.

The MET department said, 2016 is also likely to end up as one of the warmest years since 1901.

One of the reasons behind the decreasing trend in the cold waves, it pointed, is the global warming. However, the ocean conditions over the equatorial Indian and Pacific oceans also contribute to the year-to-year variability of cold waves over the country.

On an average, about 780 deaths, particularly of homeless people, are recorded due to cold waves each year. Several deaths were also reported in North India during the 2015-16 winter season.

This is for the first time that the IMD has released a winter forecast. Earlier this year, it had also come up with a forecast of "above normal" summer.

In addition, IMD will issue cold wave alerts and warnings valid for 15 days during the season.

"The season averaged minimum temperatures of Uttarakhand, sub-Himalayan west Bengal and Sikkim, Telangana, and three subdivisions (Konkan & Goa, coastal Karnataka and Kerala) are likely to be warmer than normal by 0.5 degrees Celsius," the IMD said.