A very good aspect of the procedure developed is that resources that are locally available in a university have been used. 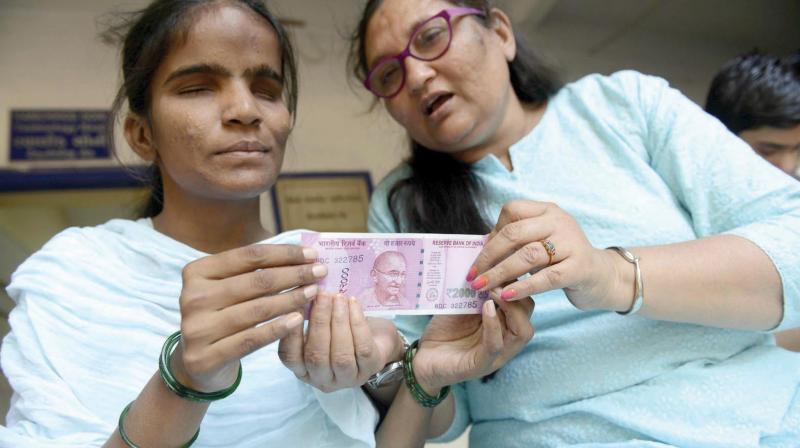 Mix creativity with hope and persistence and what you get is innovation for inclusion. Independent and secret voting, a prerequisite for any successful election, was denied to a section of students at Jawaharlal Nehru University students with visual impairment till very recently. Blind students had to rely on another person to cast vote on paper ballot. However, today the scenario is completely different and it is the blind students who are the forerunners of this change.

Prior to JNU Student Union (JNUSU) Election in 2013, blind students made a demand to provide Braille ballots. However, it was not provided. The struggle was carried on and the new target was to introduce Braille ballot in the next election, which was for JNU’s “Gender Sensitisation Committee Against Sexual Harassment” (GSCASH). Blind students talked to the administration, election committee (EC) and students of different political parties which finally paved the way for Braille ballots in JNU for the first time in 2014. Along with Braille, names of candidates were written in large font and a magnifying glass provided to enable some students with low vision who did not know Braille but could read big font to also vote independently.

Then came the bigger challenge — 2014 JNUSU election. EC had many apprehensions — from cost, to possibility, to lack of time, small ballot boxes and so on. One of the problems they raised was that since the number of posts in JNUSU election is many, the number of sheets required for printing in Braille would go up. Braille sheets which are thicker, when folded to put in ballot box might tear, and therefore would be invalid. By giving counter-arguments for each problem raised by the EC in the all-party meeting, by garnering support from political parties and administration and by highlighting it in the media, it was ensured that the EC would be sincere towards this issue.

Now EC and blind students were collectively thinking of solutions — some using Braille and some using computers. With time passing by, doubts were raised by some blind students if it was possible for students to develop a digital mechanism as the focus was mostly on this, and if as a result, EC might not even provide Braille ballots. Finally with the technological competence and creativity of some blind students and EC, a solution was found.

An HTML page which was accessible with the text-to-speech software was developed. It contained two links — one for central panel and the other for school councilors. The voters had to tick the checkboxes corresponding to the candidate’s name whom they wanted to vote for and print it. The paper for the print out of councillors was thinner as compared to that for central panel, so that they could be differentiated using the sense of touch.

Also, the printed portion after coming out of the printer faced down so that no one could see the options selected. EC and some other non-blind students cast their vote through the same procedure so that the trend of votes among blind students as a group couldn’t be deciphered. Digital voting also allowed those who did not know how to read Braille and knew computers to vote independently. Since all students are pursuing higher studies, most of them knew how to use computers. A demo was also provided. Finally digital voting was introduced for the first time in JNUSU election in 2014.

This system has continued in all subsequent JNUSU and GSCASH elections. What is a matter of great delight and pride is that this facility has now been extended to hostel elections in JNU. For the first time there was digital voting in the elections of Periyar and Kaveri hostel that were held in this September and October respectively.

Digital voting has been expanding in reach. A very good aspect of the procedure developed is that resources that are locally available in a university have been used (computer, paper, printer) and the entire process is extremely cost effective and convenient. It has a huge scope of replication. The Election Commission of India could also think of incorporating this dimension to include persons with visual impairment who cannot read Braille. However, the option of Braille should not be done away with as not all blind people know how to use computers, and there are persons with both visual and hearing impairment for whom Braille might be providing the link to political participation.

Pragya Deora is a research scholar at Jawaharlal Nehru University