The Union Health Minister said that the Centre has taken major policy decisions towards strengthening the fight against the epidemic. 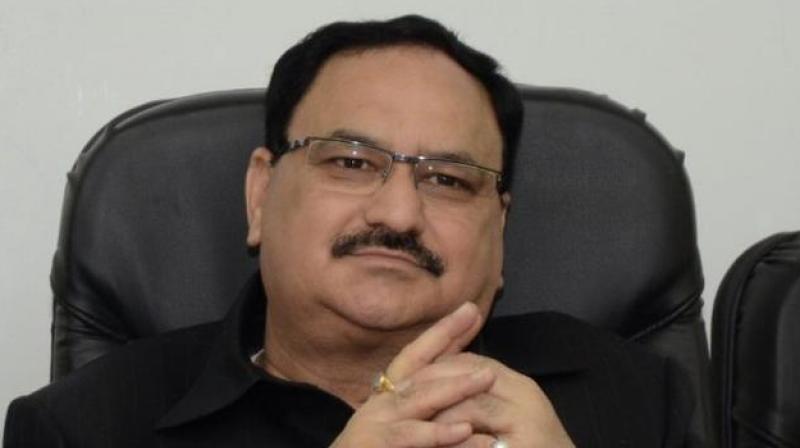 JP Nadda said the India will be free from HIV by 2030 at an event to mark World AIDS Day.(Photo: PTI)

New Delhi:  Union Health Minister J P Nadda said on Thursday that around two decades ago India was predicted to be the AIDS capital of world but has now "successfully arrested" the epidemic of HIV and claimed that the country can end it by 2030.

"Our concerted efforts and strategies have been able to see a success story of India. We can now safely say that we can end the HIV/AIDS epidemic by 2030," Nadda said during an event to mark World AIDS Day.

"There is a consistent decline in HIV prevalence over the years, 57 per cent reduction in the incidences of new infections, and 29 per cent decline also in the number of AIDS-related deaths," Nadda added.

Stating that the Centre has taken major policy decisions towards strengthening the fight against the epidemic, Nadda said that his Ministry has already implemented cut-off level for initiation of Anti Retrieval Therapy (ART) to CD4 count of 500 and is working to raise the bar further to treat every patient.

"Government has taken major policy decisions towards strengthening the fight against the epidemic. It has been decided that the National AIDS Control Programme will continue as a Central Sector Scheme.

"The Ministry will start Anti Retrieval Therapy (ART) and the cut-off level for initiation of ART will be raised to a CD4 count of 500. This has been now implemented and we are working on raising the bar further to treat all and have started discussions on those lines," he said.

The Union Health Minister said the government is presently treating more than 10 lakh patients with free ARV therapy. He said that the third line ART is now available free under the ART programme.

He released the 'NACO My Stamp', HIV counseling and testing services guidelines and a booklet on assessment of blood banks in India.

Nadda also launched the NACO Mobile Application having a risk calculator on HIV/AIDS, service directory addressing myths and misconceptions regarding the disease and a link for a National Toll Free AIDS Helpline and Social Protection scheme.

He also cautioned about the emergence of new pockets of infection, rising trends in some low prevalence states like Orissa, Punjab, Jharkhand while states like Manipur, Nagaland, Mizoram, AP, Karnataka, Gujarat, Goa continue to have prevalence higher than national averages.