‘Even the people standing in the queues have supported the government and they are ready to sacrifice for the nation,’ Modi said. 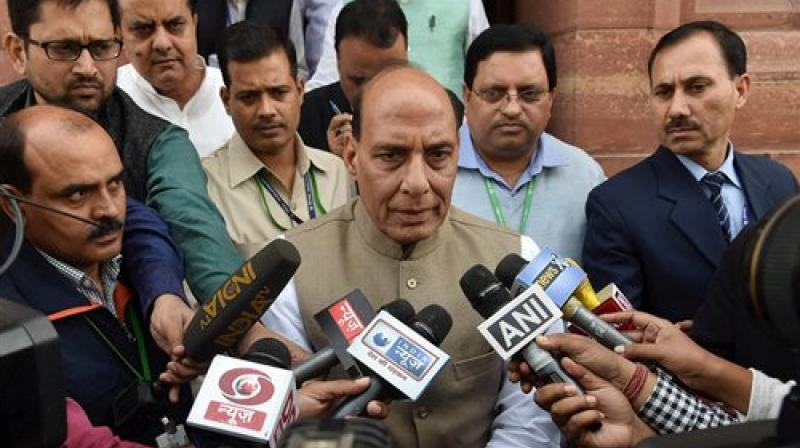 Lucknow: Union Home Minister Rajnath Singh on Friday said that those criticising demonetisation must wait for at least 50 days as the decision was taken in the national interest.

"Our Prime Minister has already asked for minimum 50 days. Critics of demonetisation should at least give 50 days as this decision is taken in national interest," he said.

"Even the people standing in the queues have supported the government and they are ready to sacrifice for the nation," he added.

While announcing the banning of high valued notes of Rs 500 and Rs 1,000, Prime Minister Narendra Modi had asked for 50 days and suggested the countrymen to deposit their old currency notes of banned currency in banks by December 30.

He had also said that step was being taken to fight against the black money and the corruption.

Bedlam reined in both Houses of Parliament with the opposition demanding Prime Minister Narendra Modi's presence in Parliament as a pre-condition for holding a debate on demonetisation.

Earlier in the day Prime Minister Narendra Modi said, large volumes of cash are a big source of corruption and black money. In an article posted on social media platform, Prime Minister Modi said corruption slows down growth and takes a toll on the dreams of the poor, neo-middle class and middle class. He said in the 21st century India, there is no place for corruption.