Besides queues at petrol pumps, people lined up outside banks and ATMs, with many waiting to deposit old notes and withdraw money. 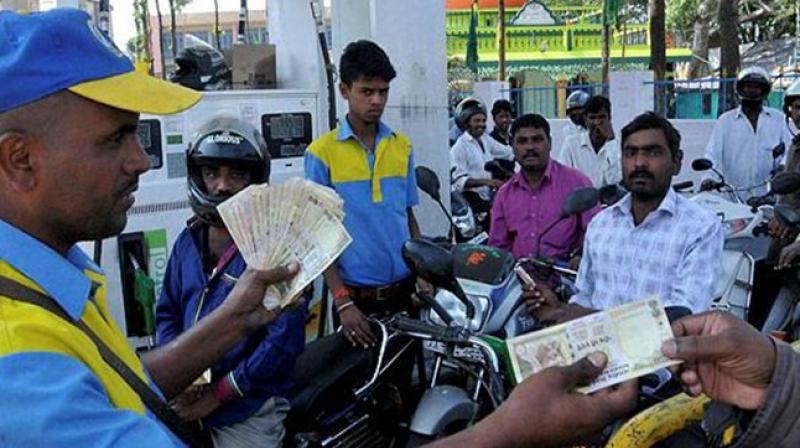 Many queues had senior citizens and pensioners. (Photo: PTI)

"Today is the last date for filling up fuel in your vehicle using old Rs 500 currency notes. I have come to get my motorcycle tank filled," said Akshay Mudgal, who was in a queue outside a petrol pump in North Mumbai suburban Malad.

Besides the queues at petrol pumps, people had lined up outside the banks and ATMs also, with many waiting to deposit old notes and withdraw money.

Yesterday was the first salary day post-demonetisation and those who could not withdraw salary from banks queued up on, struggling to withdraw cash for their monthly commitments.

Many queues had senior citizens and pensioners. Also, non-functional and dried up ATMs worsened the situation prompting people to take to e-payments.

"With no end to the queues in sight any time soon, people have shifted to making certain payments online or by debit/credit cards," Praful Gosavi, an accountant with a private firm, said.

At the 150-year-old Mangaldas cloth market in South Mumbai, customers have dwindled in the last three weeks, a cloth merchant said.

"Till November 8, when PM Narendra Modi announced the ban, the market was bustling as usual but now there's so much space that one can play cricket here," he said.

Government has cut short the deadline of using old Rs500 notes at petrol pumps and for buying airline tickets at airports till today instead of December 15 announced earlier.

With effect from tomorrow, old Rs500 notes cannot be used for purchase of petrol, diesel and gas at the stations operating under authorisation of public sector oil marketing companies and for buying airline tickets at airport counters, a government notification said.

However, old notes will continue to be accepted for other utility bill payments as well as at railway ticketing counters and counters of government or public sector undertaking buses for purchase of bus tickets till December 15.