India   All India  02 Dec 2016  Trade will grow; paper currency will be history: Jaitley
India, All India

Trade will grow; paper currency will be history: Jaitley

After cash ban, there won’t be the same level of paper currency, the country will move further towards digital currency, he said. 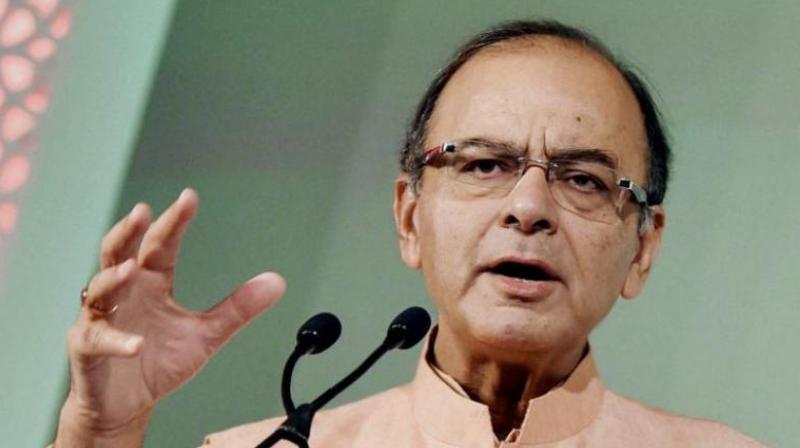 New Delhi: Conceding that demonetisation may create a disruption in short-term, Finance Minister Arun Jaitley on Friday said the impact on the economy may be seen "for a quarter or so" but relative advantages are going to be much more in the long run.

"When you switch over, it creates disruption. I don't see disruption lasting too long. You may see the impact for a quarter or so. Then when you look at next 12-15 quarters, it's certainly going to benefit," he said at a media summit here.

Citing a few economic trends post demonetisation, the Minister said rabi sowing this season has been higher than last year, while auto sales were a mixed bag.

"Of course, you will have some disruption created because of the switchover, in the long run, advantages are going to be huge as far as the relative cost of disruption is concerned," Jaitley said.

He further said the Indian economy has been witnessing a high growth in the past two years and retained the tag of the fastest growing large economy in the world.

This year too, India would probably remain the fastest growing economy, the Finance Minister added.

On GST, Jaitley said, its implementation cannot be delayed beyond September 17 next year due to constitutional compulsion.

"First of all, the constitution does not permit a delay in GST implementation. The notified GST on September 16 and the constitutional amendment itself says that the current indirect tax system can continue for one year, after which the GST has to come," he said.

"So, if on September 16, 2017, there is no GST, then there is no taxation in the country. So, you have a constitutional compulsion to have a Goods and Services Tax in place before September 16; otherwise the country doesn't run, and the tax is absolutely essential," the FM added.

The government intends to implement the GST from April 1, 2017, Jaitley said.