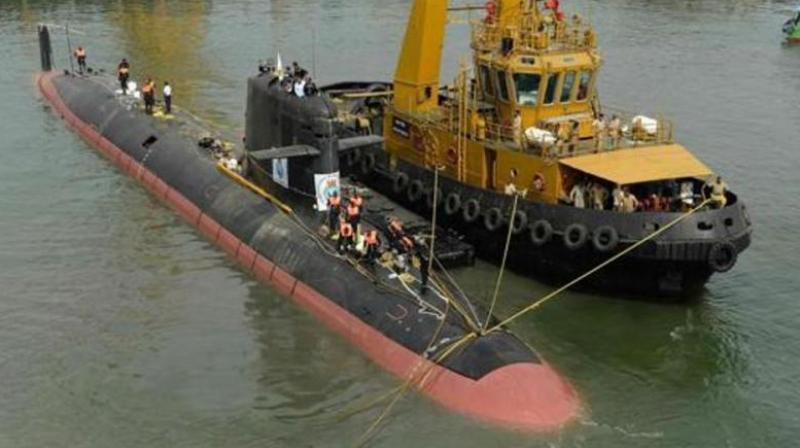 The project will boost the Navy’s overall strike capabilities in the face of China’s growing military manoeuvring in the Indo- Pacific region. (Photo: Representative image/AFP)

New Delhi: The Chief of Naval Staff, Adm. Sunil Lanba, said here on Friday that India had already embarked on a process of building six nuclear-powered attack submarines which he said would “add enormous power and reach to the country’s naval prowess” and enhance the Navy’s overall strike capabilities in the face of China’s growing military manoeuvring in the Indo-Pacific region.

“It has kicked off and I will leave it at that. It is a classified project. The process has started,” Adm. Lanba said in reply to a question after his customary address ahead of Navy Day on December 4.

The Navy Chief said if China plans to use the Pakistani port of Gwadar in Balochistan as a base for its Peoples’ Liberation Army Navy (PLAN), India will have to reassess the threat assessment and devise ways to deal with it. “Chinese private companies have acquired a majority stake in Gwadar. Nor is there any information on whether Gwadar is going to be a naval base or a commercial harbour... If in future there are PLA Navy warships stationed in Gwadar, it will be a matter of concern, and we will have to look at that and mitigate.”

Underscoring the fact that PLAN activity in the Indian Ocean region was being closely monitored and that there had been no unusual pattern in their deployment since 2013, Adm. Lanba said at any given point of time there were eight PLAN ships in the IOR, of which three are part of anti-piracy operations while a submarine comes with escort ships twice a year. “In the month of August, there was a unique situation as there were 14 ships in the area,” he added.

The Navy Chief also remarked that the use of submarines by China for anti-piracy operations in the Indian Ocean Region (IOR) was rather “odd” as a submarine was not the “ideal platform for anti-piracy”.

On expanding the Indian Navy’s footprint in the IOR and even beyond, Adm. Lanba said it was gradually raising its deployment in Andaman Sea, Malacca Strait, Gulf of Oman, Persian Gulf, and North Arabian and Sunda and Lumbok seas. “In short, our ships and aircraft are deployed from the Gulf of Aden to the Western Pacific on an almost 24x7 basis,” Adm. Lanba added.