Singh also said at this rate it is not possible for the Narendra Modi government to equal UPA government's 10-year average growth rate. 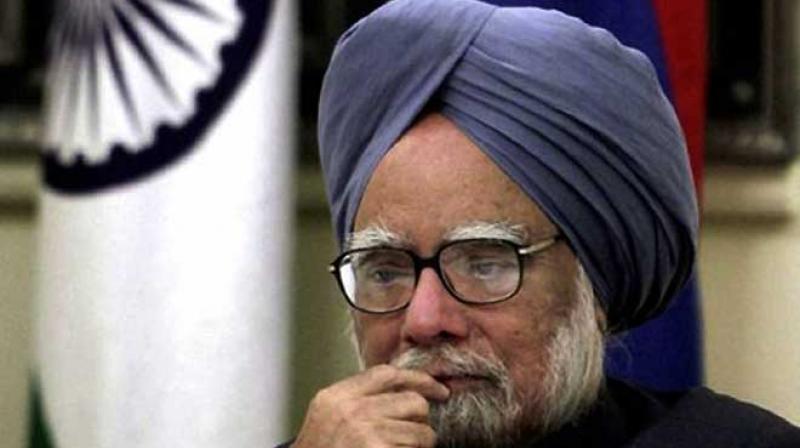 Singh claimed that the Modi government will not be able to equal the UPA government's 10-year average growth rate. (Photo: PTI/File)

Surat: Former Prime Minister Manmohan Singh on Saturday welcomed the uptick in the Q2 GDP growth at 6.3 per cent but cautioned that it is too early to say there is a reversal in decline seen in the past five quarters.

Singh also said at this rate it is not possible for the Narendra Modi government to equal UPA government's 10-year average growth rate.

"July-September quarter has registered a growth rate of 6.3 per cent. This is to be welcomed, but is too early to conclude that this represents a reversal of the declining trend seen in the previous five quarters," Singh, also a former finance minister, told a gathering of businessmen here.

"Some economists believe that the Central Statistics Office (CSO) has not adequately captured the impact of demonetisation and GST on the informal sector that accounts for about 30 per cent of the economy," he said.

Further quoting economists M Govinda Rao and former chairman of National Statistical Commission Pranab Sen, the former prime minister said, "There is still considerable uncertainty about the growth of GDP. The RBI forecasts that growth in 2017-18 will pick up to 6.7 per cent. However, even if growth reaches 6.7 per cent in 2017-18, Modiji's four-year average growth rate will still be only 7.1 per cent."

He claimed that the Modi government will not be able to equal the UPA government's 10-year average growth rate.

"To equal the UPA's 10-year average, the economy will have to grow at 10.6 per cent in the fifth year. I would be happy if this were to happen, but frankly, I don't think this will happen," Singh quipped.

Reversing the five quarters of slowing GDP growth, Indian economy expanded by 6.3 per cent in July-September on the back of a pick-up in manufacturing.

The senior Congress leader also said the GDP growth rate falling to 5.7 per cent in the first quarter of 2017-18 due to demonetisation was still a "gross underestimate" as the GDP did not capture the pain of the informal sector.

"Every one per cent loss of GDP annually costs our nation Rs 1.5 lakh crore. Think of the human impact from this lost growth -- the lost jobs, the youth whose opportunities have vanished, the businesses who had to shut down, and entrepreneurs whose drive to succeed has turned into discouraged disappointment," he signed off.