In the eight-second video, AAP MLA Saurav Jha can be seen beating up the man, identified as Vikas in front of police officials. 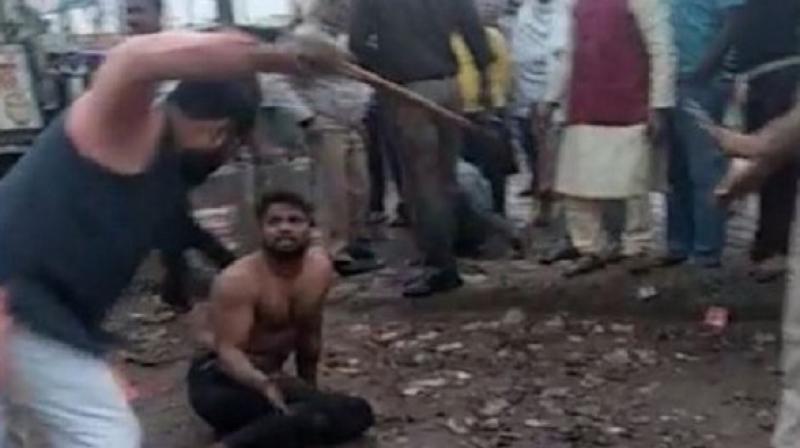 New Delhi: A video of Aam Admi Party (AAP) MLA thrashing an alleged eve-teaser has surfaced on the media.

In the eight-second video, AAP MLA Saurav Jha can be seen beating up the man, identified as Vikas in front of police officials. The incident allegedly took place at outer Delhi's Kirari area on November 14.

Talking to ANI, Jha said that he thrashed Vikas as he and his friends had allegedly molested a girl, living in the same locality.

A local also backed AAP MLA's statement and said that the boys were involved in hooliganism and eve-tease women living in the locality.

However, Vikas' parents claimed that Jha thrashed him as they refused to pay Rs 25 lakh to the AAP MLA for dismissing the "false" rape case against their younger son.

"Had he committed any crime then he should have been handed over to police. Why the AAP MLA thrashed him, who is he to take law in his hand. Earlier they came to our house and threatened to kill my son also," said Vikas' father.

"They asked us to pay Rs 25 lakh to dismiss a false case against my younger son. We are poor people, we refused to give the money and in a fit of rage, they thrashed my son. All the charges against my sons are fabricated, "alleged Vikas' mother.