India   All India  02 Dec 2018  No weddings in Prayagraj during Kumbh Mela
India, All India

No weddings in Prayagraj during Kumbh Mela

Those who had made advance payments are in a fix over the diktat. 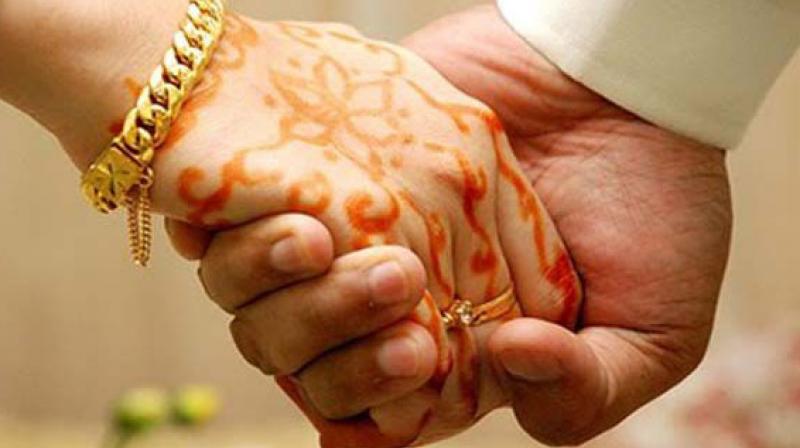 Lucknow: In a  bizarre order issued by the Yogi Adityanath government in Uttar Pradesh, weddings will not be allowed in Prayagraj a day before, on and after the main bathing dates during the Kumbh Mela next year between January and March.

The order copies have been sent by the district administration to all the wedding hall owners and hoteliers, asking them to cancel all the bookings during the said time.

Five key bathing dates during the holy pilgrimage include the two Makar Sankranti and Paush Pur-nima in January,  Mauni Amavasya, Basant Panc-hmi and Maaghi Purnima in February  and Maha Shivratri in March. Devotees are expected to turn up in large number for a holy dip in the holy rivers during these dates.

Those who had made advance payments for gue-st houses, lawns and caterers are in a fix over the new government diktat.

They will either have to change the marriage dates, which are often fixed months in advance, or explore the possibility of shifting the venue to another district.

Suyash Saxena, who is scheduled to get married on January 21, said, “All bookings for the venue and caterers have been made, the cards have been printed and even the travel bookings have been done. After this order, we do not know what to do. We cannot shift to another district in such a short time. The government order has thrown everything out of gear.”

People in the wedding business are equally perplexed as they are dependent on the marriage season for their earnings.

A senior district official said that the order would help in dealing with crowds that are expected on bathing dates. “It may cause some inconvenience but in the end, will help the people,” the official said.

Earlier, the chief minister had ordered for a closure of all tanneries in Kanpur from December 15, 2018 to March 15, 2019 in order to keep river Ganga clean during the Kumbh in Prayagraj.