India   All India  02 Dec 2019  At least 15 killed as wall collapses due to heavy rains in Tamil Nadu’s Coimbatore
India, All India

Widespread rains are expected across coastal Tamil Nadu due to a cyclonic circulation near Comorin on the Indian Ocean. 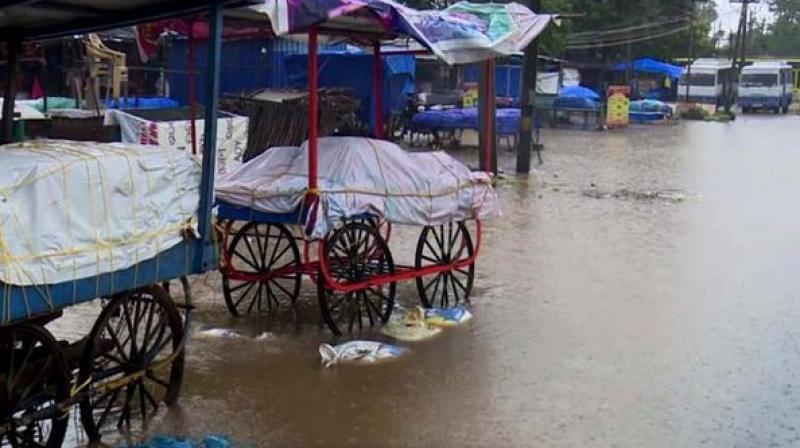 Chennai: At least 15 people were killed after a wall collapsed on four houses due to heavy rainfall in Tamil Nadu’s Coimbatore on Monday. The state authorities had ordered schools and colleges to remain shut in other district of the state.

The regional meteorological centre in Chennai has predicted more showers in the next 24 hours and issued a red alert for six districts in Tamil Nadu. Widespread rains are expected across coastal Tamil Nadu due to a cyclonic circulation near Comorin on the Indian Ocean.

In Chennai, the state government had set up 176 relief centres. Boats have been kept ready to evacuate people if required, assured the Chennai Corporation. Six hundred and thirty water pumps to remove water-logging in low-lying areas and six tree-clearing machines have been kept ready.

In view of heavy rainfall forecast, examinations of Madras University and Anna University scheduled for Monday have been postponed.

The heavy rain has left several sub-urban areas of Chennai waterlogged. These include Shozhinganallur, Pallavaram, Tambaram, Nanmangalam and Selaiyur.

Opposition leader and DMK President MK Stalin urged the state government to work on a war footing to prevent damages and loss of life.

The Central government’s Water Resources department also had sent a warning to Tamil Nadu Government about increasing water levels in the state.

The Chennai Corporation has set up a helpline for water-logging and tree fall complaints following continuous rain. Residents can dial 04425384520 and 04425384530 or WhatsApp 9445477205 for any rain-related complaints.