Stamp of Muzaffar Ali, the creator of iconic and timeless Umrao Jaan, was clearly discernible in the picturisation of the movie. 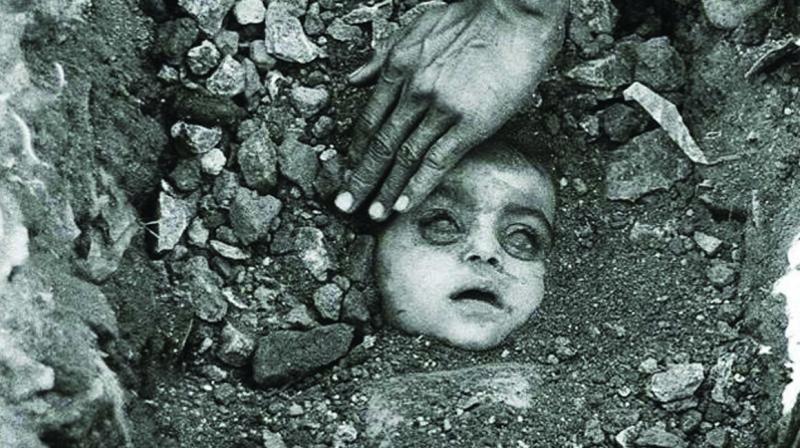 Bhopal: Celebrated filmmaker Muzaffar Ali’s Sheeshon Ka Maseeha (Lord made of glass), an “artistic” documentation of the awesome trail and human misery left behind by the horrific Bhopal gas tragedy of 1984, has been “barred” from public screening since 1985, thanks to “reservations” by the Madhya Pradesh government.

The state government officers are tightlipped on the issue.

Protests by social activists and intellectuals for the past three decades have failed to deter the state government from lifting “restrictions” on public screening of the film, accessed by this newspaper.

“The disaster is depicted through mere narratives of the survivors, enlivened by a melancholic ghazal of famed poet Faiz Ahmed Faiz played in the background. There is no reason why public should be denied the opportunity to watch an artistically documentation of the tragedy,” S.R. Azad of MP science forum told this newspaper on Sunday.

“This is suppression of information on the tragedy by government,” said Satinath Sarangi, an activist espousing the cause of the victims of the gas disaster.

Stamp of Muzaffar Ali, the creator of iconic and timeless Umrao Jaan, was clearly discernible in the picturisation of the movie.

The film sets out its journey of depicting the tragedy through heart-wrenching accounts given by the survivors of the world’s worst industrial disaster, occurred following leakage of deadly methyl isocyanate (MIC) in a plant of Union Carbide in Bhopal in the intervening night of December 2-3, leaving over 15,000 people dead and one lakh maimed.

“Bodies were brought for burial here hours after the incident. Several bodies were also taken to other burial grounds in the city,” a man guarding a burial ground in the city was seen narrating the “nightmarish” scenes of the period.

As the film progresses, poignant tales of loss of their near and dear ones were narrated by the survivors.

The most heartrending story comes from a survivor who was heard describing how he spotted his elder daughter’s body in a heap of bodies carried by a truck and how he found bodies of his wife, son and daughter in a morgue in a local hospital marked as 108, 140 and 151 respectively. He also was heard narrating how he could spot his youngest daughter in a state of unconsciousness among orphaned children in similar conditions lying in a hospital.

The documentary ends commemorating the first anniversary of a girl, born on the fateful day.