Several opposition members, including those from Cong and BSP, alleged that RSS and BJP were responsible for the violence against dalits. 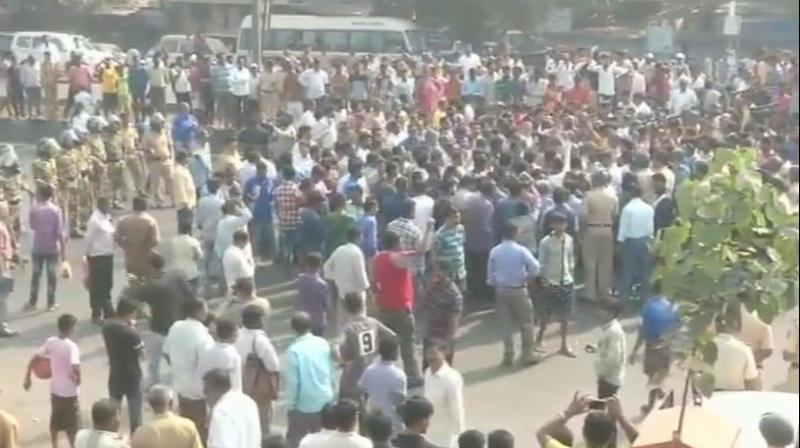 While members of the BSP said they had given a notice in the Rajya Sabha for a discussion on the matter, Chairman Naidu had to adjourn the session since too many members were unruly. (Photo: ANI/Twitter)

New Delhi: Rajya Sabha was abruptly adjourned on Wednesday till 3 pm as several opposition members, including those from the Congress and BSP, sought to raise the issue of caste violence in Maharashtra.

As soon as the papers were laid during Zero Hour, Chairman M Venkaiah Naidu asked Leader of Opposition Ghulam Nabi Azad to speak.

In the meanwhile, Satish Chandra Mishra of BSP was on his feet and raised the Maharashtra violence issue, alleging that the RSS and BJP were responsible for the violence against dalits.

Mishra and some other members said they had given a notice for holding a discussion on the matter.

Several other opposition members as well as those from the treasury benches too were on feet.

As many members tried to speak on the issue simultaneously, Naidu adjourned the House till noon.

The adjournment during the pre-noon session comes a day after the House of Elders set a sort of record by completing all the Zero Hour matters and special mentions.

Maharashtra remained on edge after the anniversary celebrations of a battle fought 200 years ago brought to fore simmering caste tensions, even as a statewide bandh called on Wednesday to protest the state government's alleged failure to stop violence, witnessed stray protests by Dalits.