The Northeast monsoon rains that lasted till November delayed the onset of frost. 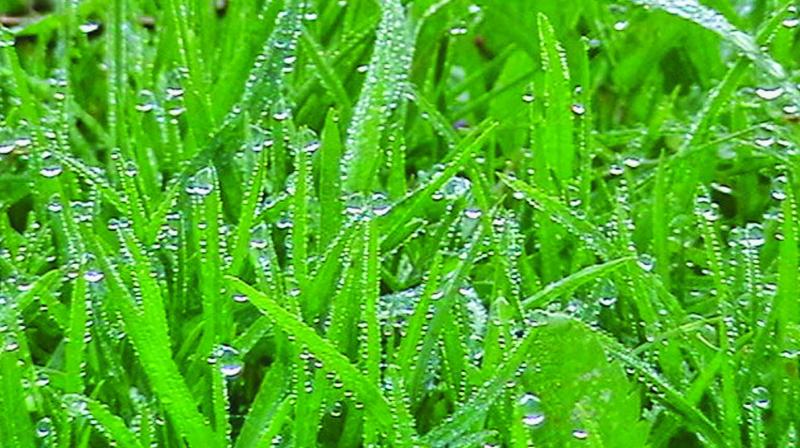 Heavy dews instead of frost in Ooty. (Photo: DC)

Ooty: The mountain district of Nilgiris passed through a frostless winter in December this year which certainly has surprised hill residents and experts.

The Ooty winter is characterized by the frost, a phenomenon, wherein thin layer of ice crystals in powdery form would get deposited over the lawns, plants and even the tiled roof tops thus giving a white-carpet look to the hills in the early morning hours during winter.

Frosting means, the minimum temperatures would go down to 1 degree Celcius  and below.  that accounts for bone chilling cold between dusk and dawn during the winter months, especially in December.

But, strangely this year, December went without witnessing any tinge of frost in the hills.

The Northeast monsoon rains that lasted till November delayed the onset of frost. But, even during the December there was no symptom of frost, though the winter chill weather, not bitingly cold this year, had been there here now.    The coldest (minimum) temperature recorded in December in 2019 in Ooty was 5.3 degree  Celsius on December 3.  That showcased, that mercury level failed to dip down below 5.3 degree Celsius during winter in December here.

M. Kumaravel, the field officer at CPR Environmental Education Centre, here said that may be for the first time in decades the December in Ooty had passed without recording frost.

It may require a detail study to conclude the reasons for disappearance of frost in December.

V. Sivadass, managing trustee of Nilgiris Environment and Socio-cultural Trust, said that delayed onset of monsoon and heavy rains and cloudy weather that ruled the roost in the latter half of 2019 would have affected normal frosting.

Lack of frosting may affect the bio-diversity of micro-flora.

“But, there are chances that frosting may commence in January and run-up to first week of March. We have to wait and watch,” he noted.