The BSP supremo further asked the people of Uttar Pradesh to remain alert about the Congress’ political opportunism, and specially of Ms Vadra. 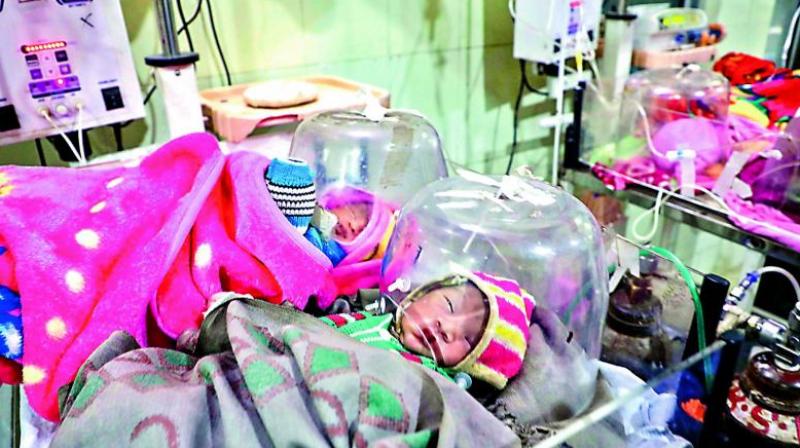 New Delhi/Lucknow/Jaipur: Priyanka Gandhi Vadra’s enthusiastic campaign against the Citizenship Amendment Act and the proposed NRC in Uttar Pradesh has led to some political heartburn for BSP supremo Mayawati, who on Thursday sought to target the Congress over the deaths of 100 children in Kota in party-ruled Rajasthan, and asked why the “woman Congress general secretary” was not visiting the state and the victims’ mothers.

“It is very sad that the Congress general secretary is keeping mum on the deaths of 100 children in the Kota hospital. It would have been better if like Uttar Pradesh, she would have met the mothers of the children who have died in the hospital, due to the apathy of the government of her party in the state,” Ms Mayawati tweeted on Thursday.

Uttar Pradesh chief minister Yogi Adityanath also joined in attacking the Congress over the infant deaths at a Kota hospital, saying Ms Vadra should have gone there instead of “playing politics” in UP. Other BJP leaders also targeted the Congress government in Rajasthan over the 100-plus deaths in December at J.K. Lon Hospital in Kota.

In a tweet on Thursday, Rajasthan chief minister Ashok Gehlot said the deaths should not be politicised. The Centre has decided to send a high-level team comprising experts from AIIMS, Jodhpur, and health economists to Kota.

The BSP chief said the attitude of the Ashok Gehlot government was condemnable as it has mismanaged the situation of the 100 children deaths in Kota and still remains irresponsible and unsympathetic to the situation.

The BSP supremo further asked the people of Uttar Pradesh to remain alert about the Congress’ political opportunism, and specially of Ms Vadra.

“If the Congress general secretary does not go and meet the Kota families who are affected by the tragedy, then her outreach towards victims in Uttar Pradesh would be considered political opportunism, from which the public of Uttar Pradesh is advised to stay alert,” she said.

While the BSP aligned with the SP and RLD for the general election, the Congress fought separately and had won only one seat — that of Sonia Gandhi in Rae Bareli.

It might be recalled that Ms Vadra was launched into politics and made the AICC general secretary in charge of eastern UP barely months before the Lok Sabha polls. Then Congress president Rahul Gandhi had said her long-term goal was to revive the party ahead of the 2022 UP Assembly polls.

Ms Mayawati’s comments right after Ms Vadra made some aggressive visits to UP after the anti-CAA protests and made efforts to meet the families of the victims may indicate her political insecurity about the new woman leader on the horizon. The BSP has always kept itself politically equidistant from the Congress and the BJP.

UP chief minister Yogi Adityanath, targeting the Congress over the Kota deaths, said: “The deaths of 100 innocent children is extremely saddening and heart-wrenching. The death of children is a blot on a civilised society, human values and feelings... It is extremely sad that Congress president Sonia Gandhi and general secretary Priyanka Gandhi Vadra, despite being women, are not able to understand the sorrow of the mothers.” He said it would have been better “had Priyanka met and consoled the aggrieved mothers instead of indulging in politics in UP”.