Mehbooba said the Army's footprint in the Valley had increased due to the deteriorating security situation. 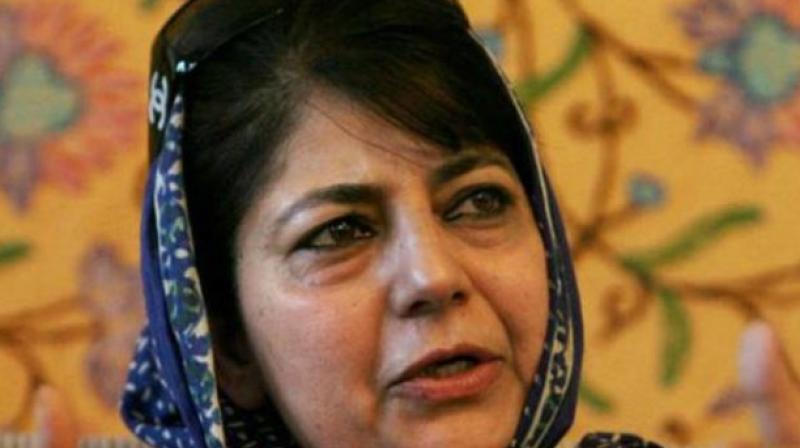 Modi said her government was reaching out to Kashmiri youths to wean them away from militancy. (Photo: PTI)

Jammu: Jammu and Kashmir Chief Minister Mehbooba Mufti has ruled out revoking the controversial Armed Forces (Special Powers) Act (AFSPA) in Kashmir "due to the prevailing situation" and asserted that the Indian Army is the "most disciplined" force in the world.

Mehbooba said the Army's footprint in the Valley had increased due to the deteriorating security situation.

"If the situation deteriorates, the footprint of security forces will increase. If militancy or stone pelting increases, you will see more footprint of police. We don't want that to happen," she said on Friday while replying to a discussion on  demand of grants for the departments under her charge.

On CPI(M) MLA M Y Tarigami raking up the issue of revocation of AFSPA, Mehbooba retorted and asked: "Can AFSPA be revoked in such a situation? Is it realistic?" "The Indian Army is most disciplined force in the world. It was instrumental in bettering the security situation... that is the reason we are here today... They have made huge sacrifices," she said.

On the National Conference's concerns about the fate of an FIR registered against armymen over the killing of three civilians in alleged firing in Shopian last month, Mehbooba said, "The Army has a great reputation, but when someone commits a wrong legal process has to follow."

She said her government was reaching out to Kashmiri youths to wean them away from militancy.

The chief minister said her government withdrew cases of stone-pelting against more than 9,700 youths which were pending since 2008.

Mehbooba hoped that "all shades of opinion" in Jammu and Kashmir would join the dialogue process initiated by the Centre's representative Dineshwar Sharma to "cut through the unending cycle of violence and uncertainty in the state".

The central and state governments were on the same page on the subject, she said.

Mehbooba said political outreach was a must to get people out of despair while and mainstream political parties had a major role in it.

She favoured "cross-LoC cooperation" in the sectors of tourism, environment, disaster management, among others.