Highly-placed sources said the A-G gave his oral nod, paving the way for the CBI to file the appeal after over 12 years. 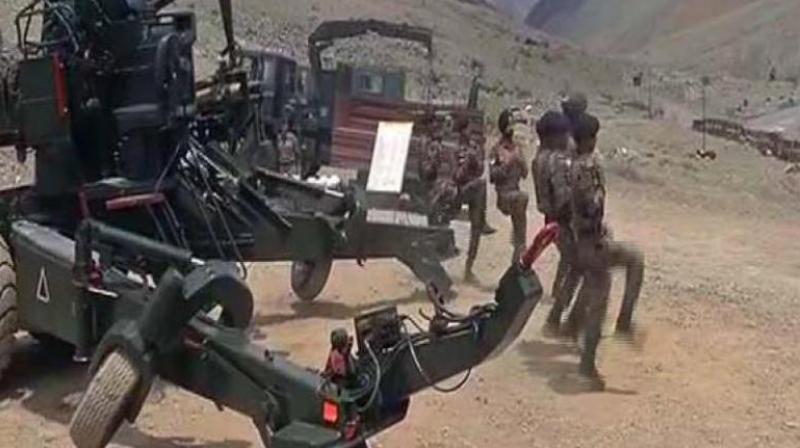 In 2005, the Delhi High Court quashed all charges against the accused people in the politically-sensitive Rs 64 crore Bofors pay-off case. (Photo: ANI)

New Delhi: The Central Bureau of Investigation on Friday moved the Supreme Court after 12 years challenging the Delhi high court order quashing the charges against the Hinduja brothers in the Rs 64-crore Bofors payoffs case.

The Delhi high court had in May 2005 quashed all charges against the Hinduja brothers — Srichand, Gopichand and Prakashchand — and the Bofors company and criticised the CBI for its handling of the case, saying it had cost the exchequer Rs 250 crore.

During the last hearing before a bench of Chief Justice Dipak Misra and Justices A.M. Kanwilkar and D.Y. Chandrachud in the appeal filed by advocate Ajay Agrawal, the CBI did not say whether it would file an appeal or not.

In the meanwhile, attorney-general K.K. Venugopal had given an opinion that it was not desirable for the CBI to file an appeal after 12 years as the court might not entertain it on the grounds of delay. However, the CBI officials showed additional documents to the A-G to convince him of the need to file an appeal.

Highly-placed sources said the A-G gave his oral nod, paving the way for the CBI to file the appeal after over 12 years.

The petition by the CBI relies on a media interview by investigator Michael Hershman, who has given new information, which the CBI says must be probed and reopened.

Further, the Central investigating agency said the Delhi high court had rejected the agency’s evidence, relying on some Swedish documents. The high court was wrong in rejecting these documents, these were in the public domain and must be accepted, it claimed.

According to the CBI, Michael Hershman, the first secret investigator into the Bofors case, had revealed the truth for the first time in a television interview and had allegedly exposed former PM Rajiv Gandhi and the then Congress-led government.

Mr Hershman had hinted that there were powerful politicians in India who risked being identified in the Bofors case. He further alleged that the Congress government had sabotaged his investigation.

Mr Hershman, who is the president of US-based private detective firm Fairfax, had said Rajiv Gandhi was “furious when he found a Swiss bank account  uncovered”. Mr Hershman has expressed willingness to testify and help the Indian agencies on the Bofors gun payoffs scandal, the CBI said in its appeal.

Mr Agarwal, meanwhile, said he was compelled to file the petition against the high court judgment as the CBI had failed to approach the Supreme Court with a special leave petition against the high court verdict. He said the CBI was in possession of sufficient materials to sustain the case in the highest court. There was ample evidence with the CBI that kickbacks had been given to different persons out of the Bofors deal. He said the high court had erroneously rejected the xerox copies of documents of the foreign country duly attested when the same had evidentiary value in the Indian courts.

The petitioner submitted that the quashing of the charges in the Bofors case had given rise to corruption in other defence deals. Several important questions of law of public importance were involved in this SLP, he said, and sought a direction to quash the impugned judgment.

He alleged that on February 1, 1992, then external affairs minister Madhavsinh Solanki had visited Davos to attend the World Economic Forum summit and handed over an envelope containing a detailed note to Swiss foreign minister Rene Felber to stall proceedings in furtherance of the Indian letter rogatory issued by a court sent for execution to the Swiss government by the Indian government. This, he alleged, had been done in order to help the Gandhi family.