80 per cent graduates are not employable; a few takers for other courses. 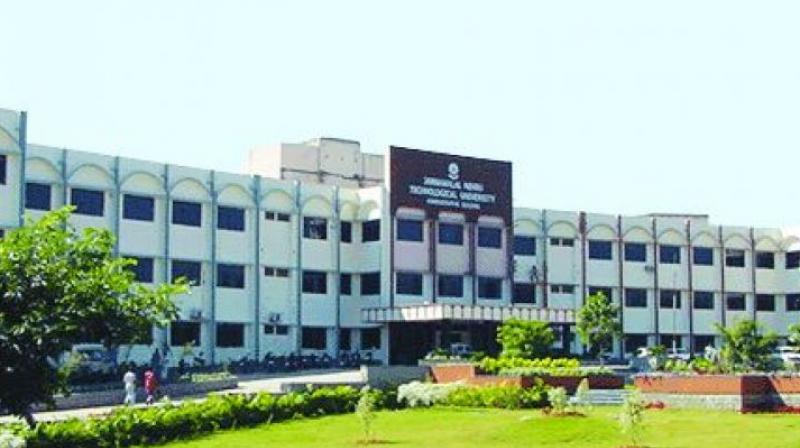 Heavy emphasis on engineering is resulting in poor quality of engineers and less focus on other courses.

Students are joining engineering colleges because of increased affordability and easy access to institutions, irrational expansion of engineering education, advent of high paying jobs, particularly in the IT sector, and social pressure, said experts.

Though about 1.5 million engineers graduated annually across the country, only 5,00,000 got absorbed in the market due to low campus placements. Forty per cent placements happened in AICTE colleges and 66 in Indian Institutes of Technology (IITs), said education expert Prof. Venkata Gaddam Reddy.

“About 80 per cent of engineering graduates are not employable because of poor quality, shortage of quality faculty, inadequate funds and infrastructure, lack of practical training or industry internships and no research activities,’’ he said.

Prof. V. Venkata Ramana, Vice-Chairman of Telangana State Council of Higher Education (TSCHE), said, “Giving more emphasis to engineering courses is slowly becoming a thing of the past because in our prospective plan for technical education, we said, we don’t want more engineering colleges in the state as the demand is less and supply is more. The plan was also appreciated by the chairman of ACITE.’’

Also, AICTE was reducing credits which would really help engineering students improve the quality of education. It would also help them broadbase their skill sets and not just stick just to theory and classrooms. While it was always there abroad, in India engineering education is seen as very rigid, focused and one had to go through a pipeline of courses.

Structural changes were required and the choice should be given to the students. Engineering students are needed to be exposed to out-of-the-box thinking to produce quality engineers, he added. However, a few experts said, emphasis on engineering education had at best limited impact or no impact on quality of education.

Dr Srini Bhupalam, vice-president of All India Federation of Self-Financing Technical Institutions, said, “Actually the student quality and type of education received in the elementary, high school and intermediate college hasmore impact on what type of an engineer he or she will be and their success in the job market.

“The amount of tuition fee paid by the student has some impact on the quality of education because the college can provide some extra programmes that will help in succeeding in the competitive job market.’’

Engineers are in great demand in Australia, Canada, Europe and the US.

The most sought after are electrical, electronics, mechanical and civil streams. A few niche courses like aerospace, mining and nuclear are also in demand.

“If we include CS and IT in the engineering domain, more than 60 per cent prefer to go for these courses. Management and finance and accounting courses are preferred by 20 per cent and the rest of the courses and domains constitute 20 per cent. There is also a strong reason for preferring the engineering and IT domain as most of the local students there in the college-level prefer management, arts and other courses for their studies,” he said.

Subhakar added that only 20 per cent of the students abroad took up engineering or IT programmes. That gave Indian students a lot of opportunity. As these countries are technically very advanced and had lot of opportunities, Indian engineers got the advantage in work and research and the salaries are also high compared to other career courses.