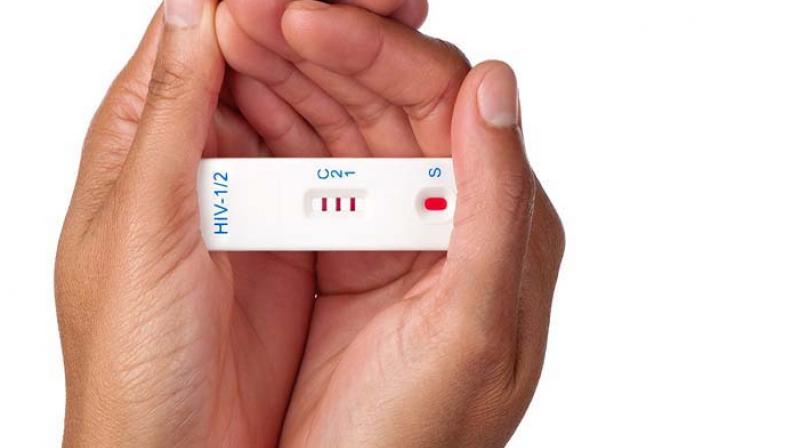 Statistics of the survey show that even in urban areas, only 59 per cent of women use contraceptives on a regular basis, though among men the use is 81 per cent.

Hyderabad: Stigma around HIV continues to plague Telangana as reflected in the National Family Health Survey recently released. The data shows that that only 15 per cent of women in Telangana and 11 per cent men have showed positive attitude towards HIV patients.

Four indicators were considered by the survey one of which was considered was about keeping the illness a secret in the family in case a member was affected. It is this stigma that is hampering early treatment of many of those affected, say doctors.

Dr Rajashree Nambiar, a gynaecologist says, “Several relatives come in with denial and do not want to believe that their loved one is affected by HIV. The truth is that we do not sensitise people towards patients, plus there is an absence of safe sex education in schools. The use of contraceptives and the awareness about it can spread only through education.” Contraceptive use in cities is low but it is even lower in rural areas, say medical experts.

Statistics of the survey show that even in urban areas, only 59 per cent of women use contraceptives on a regular basis, though among men the use is 81 per cent.

Gynaecologist Dr Vimee Bhindra says, “I recently met a couple where the wife was HIV positive and the husband was very supportive of her.”

“But families of both of them weren’t told of the disease out of fear of an adverse reaction. Awareness of facts about the disease like it can’t be spread by touch and is not risky to live with the affected person etc is lacking,” she adds.

The inclusion of sex education in school syllabus is a much-debated topic and although a lot of education experts support it, it is yet to be brought into curriculum.

Soumya Sen, an education expert says, “There are separate classes in high schools abroad that educate youngsters about the ill-effects of unprotected sex. We here can’t keep hushing up the issue and not teach our children about safe sex. The more quiet we remain about safe sex, the more it will lead to curiosity.”

Ms Sen says most young people are completely uninformed about how HIV spreads i.e. blood transfusion, discharge, syringes and by contact of open wounds because of the lack of discourse at the school level.

Pregnant women still avoid testing
Testing for HIV has become a matter of choice, say doctors. Urban women are more likely to get tested during pregnancy than rural women, the NFHS survey says.

Gynaecologists say that many patients who come in with their families don’t recognise the need to test for HIV, because they don’t find it necessary or see it as an embarrassment.

“It is always good to know if the mother is positive so that we can plan the pregnancy better and also help the child. However, many people refuse the test because HIV is linked with infidelity or a cause of major embarrassment in society. People don’t realise that a person can contradict HIV through means other than unprotected sex,” says Dr Vimee Bhindra.

The survey however shows a promising sign in childbirth, as 8 out of ten men and women in Telangana are aware of the fact that HIV/Aids can be transmitted from a mother to her baby.

Medical experts say that there needs for a proper counselling system to remove the stigma of testing for HIV.

Dr Hima Bindu Singh, former program director of paediatric HIV says, “We have to promise confidentiality and privacy when people come in for test. Moreover, a proper counselling system is needed when we disclose a partner’s condition to another so that they do not have trust issues and feel cheated. The repercussions often cause a marriage to break down and the partner refuses to test himself/herself despite it being mandatory as he/she has most probably already been affected.”