The militants had gone to Pakistan on valid visa to obtain arms training to undertake terrorist activities in the Valley. 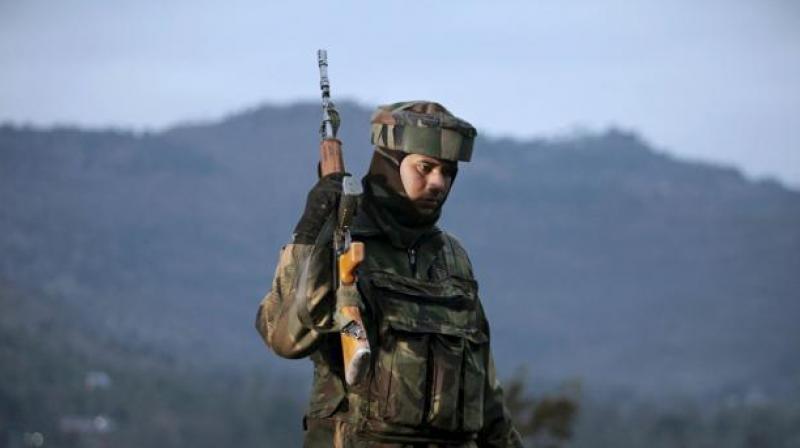 Two Pakistan-trained Lashkar-e-Taiba (LeT) militants were arrested during a joint operation by the police, Army and the CRPF. (Representational Image)

Srinagar: Two Lashkar-e-Taiba (LeT) cadres from Jammu and Kashmir were arrested by the police soon after they returned home from Pakistan via Wagah-Attari border, an official said in Srinagar on Saturday.

The duo had gone to Pakistan on valid visa issued by the Pakistan High Commission in New Delhi allegedly to undergo arms training. But before they could formally join the militant ranks, the J&K police with the help of other security forces including the Army and the CRPF arrested them from native district Baramulla in northwest of the Valley.

They are residents of Mughalpora,Saloora in Kreeri and Nilla, Palpora in Pattan area of Baramulla, respectively.

“They travelled on Indian passports and soon after returning to India via Wagah-Attari border were arrested,” said one of the officials.

The officials claimed that the duo has during interrogation admitted to obtaining Indian passports for the purpose of visiting the neighbouring country to meet the LeT leadership and get trained in the use of weapons before carrying out terror acts in Jammu and Kashmir.

They have reportedly named some local Kashmiris who allegedly helped them in getting in contact with the LeT.

They also reportedly told their interrogators that they were imparted arms training in Pakistan along with a large number of Pakistani boys, most of them belonging to Balochistan, and as young as 10.

A police spokesman was quoted by PTI as saying “The said terrorist training camps are located near Burma Town, in Islamabad, and being run by a terrorist commander operating under code names Hanzala, Adanan and Omar. Other terrorists imparting training to young boys are operating with code names Osama, Naveed and Hataf.”

The spokesman further said, “It’s pertinent to mention that in the past couple of years, police have unearthed several such modules that lure young boys to Pakistan to get trained and join militancy. In the past, several such boys have been arrested, while some of them were killed in encounters.”

Meanwhile, two CRPF jawans and two shopkeepers were injured when militants tossed a hand grenade towards a foot patrol of the CRPF’s 180 Battalion along Batagund-Kuchmulla road in Tral area of southern Pulwama district on Saturday. The injured were quickly shifted to Tral’s government-run sub-district hospital, the police said.

The witnesses said that the CRPF personnel fired their rifles in the air after the blast and then with the arrival of reinforcement from the CRPF and the J&K police launched a search operation in the area. No arrests were made.