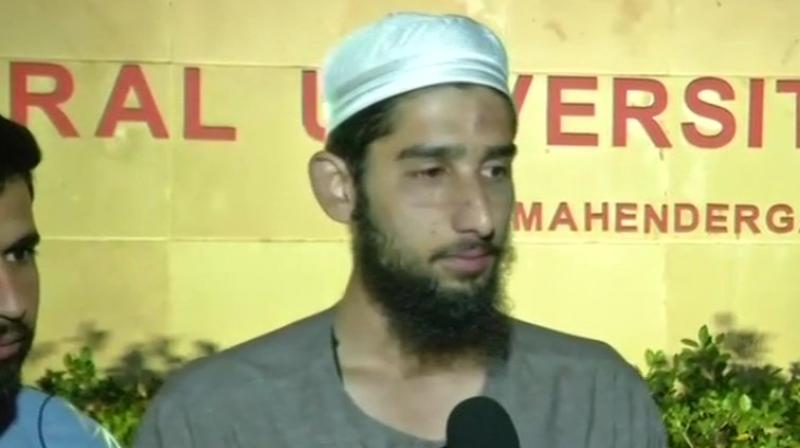 The victims were beaten up while returning to the campus after offering congregational Friday prayers in Mahendragarh town. (Photo: ANI | Twitter)

New Delhi: Jammu and Kashmir Chief Minister Mehbooba Mufti has urged the Haryana government to take stringent action against the perpetrators for assaulting two Kashmiri students and demanded a probe into the case.

Mehbooba made the statement on Friday, hours after reports of the Kashmiri students of the Haryana Central University being assaulted surfaced.

The victims were beaten up while returning to the campus after offering congregational Friday prayers in Mahendragarh town.

Irked Mehbooba took to Twitter and said, "Shocked and disturbed to hear reports of Kashmiri students being assaulted in Mahendargarh, Haryana."

Former Jammu and Kashmir chief minister Omar Abdullah tagged Prime Minister Narendra Modi in a tweet and said that the incident goes against the spirit of his outreach for Kashmiris.

"This is terrible and goes against the spirit of what @PMOIndia @narendramodi ji said from the ramparts of the Red Fort. I hope the authorities in Haryana act quickly against this violence."

The reason behind the attack is yet not known.

Mahendragarh District Commissioner, Garima Mittal said that three accused have been arrested and a few others have been identified.

Jammu and Kashmir Director General of Police Shesh Paul Vaid has been coordinating with his Haryana counterpart to ensure the safety of the Kashmiri youths.