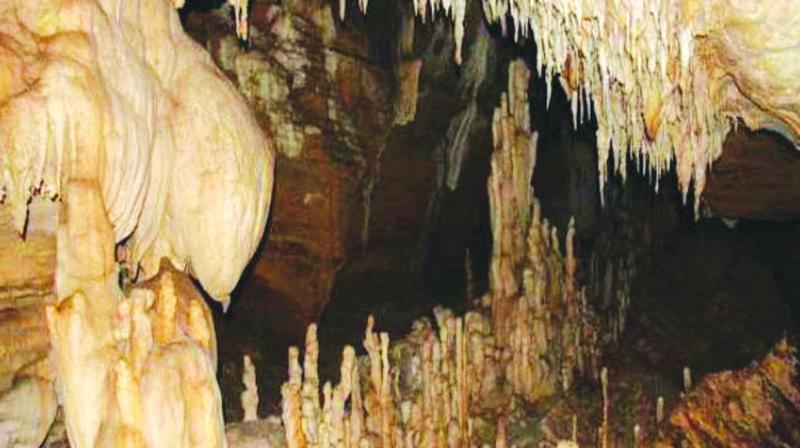 Raipur: In a path-breaking finding, a scientist has discovered three new aquatic species of the prawn family in the famed Kotumsar cave of Chhattisgarh, believed to be four million years old.

The cave may hold clues to evolution of known and unknown faunal species, say experts.

The new amphipod crustacean species (akin to prawn in appearance), christened zoologically as Kotumsaria bastarensis has been found in one of the tiny water pools in the nearly one-km-long cave, located in the Kanger Valley National Park around 38 km from Jagdalpur, headquarters of Bastar.

"The new microscopic faunal species have been found in single pool in the cave. This is the only known member of Kotumsaridae, a zoological identification of faunal species, endemic to Kutumsar cave," said Y. Ranga Reddy, professor emeritus, department of zoology, Acharya Nagarjuna University, in Andhra Pradesh.

"The newly-discovered species, measuring 2 mm in length, have been endowed with constellation of very interesting characters which are not noticed in any of till known family of amphipods," said the Guntur-based scientist who has discovered the aquatic species during his visit to the cave along with a team of around 35.

The discovery has been covered in the international science journal Zootaxa.

The multi-floor cave has large number of isolated water pools fed by seepage water from the roof of the cave during the summer season. During monsoon, the cave water overflows and drains into the adjacent Kanger Dharna river, passing nearby. 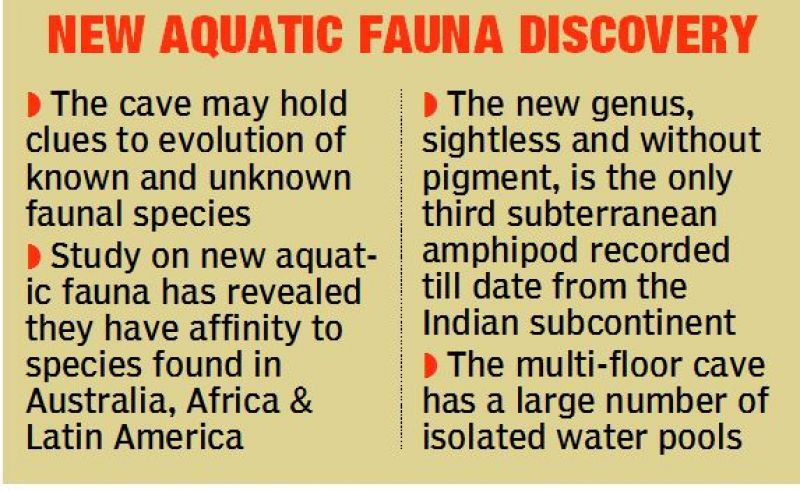 "It is a sensational discovery," said A.K. Pati, former head of the department of life science, Pandit Ravishankar Shukla University (PRSU), Raipur in Chhattisgarh, who had organised the tour of scientists to the cave.

Significantly, the study on these aquatic fauna has revealed that they have close affinity to their sister species found in Africa, Australia and Latin America, which were part of Gondwanaland before the continental drift.

"The new genus, found sightless and without pigment, is the only third subterranean amphipod recorded till date from the Indian subcontinent," Dr Reddy said.

The amphipods may have migrated to the cave pool from ground water through crevices.

"There is every likelihood of presence of such yet-to-be known microscopic faunal species in the water pools of Kotumsar, considered one of the biodiversity-rich caves in India", he said.

"Kotumsar cave is a natural laboratory for biologists. It can be categorized as one of the unique caves in the world considering its rich diversity of fauna," Dr Pati who had earlier made an equally sensational discovery that demolished the age-old myth that the loach species endemic to the cave are sightless owing to their propagation in perpetual dark environment for millions of years.

Prominent among the faunal species found in the cave include fish, frog and bats. The subterranean cave  endowed with unique biodiversity, is yet to be explored adequately, Dr Pati who is currently serving as vice-Chancellor of Gangadhar Meher University, Sambalpur, in Odisha, said.