Dave said the death of Loya was a serious matter and unless a thorough probe was conducted the entire truth would not come out. 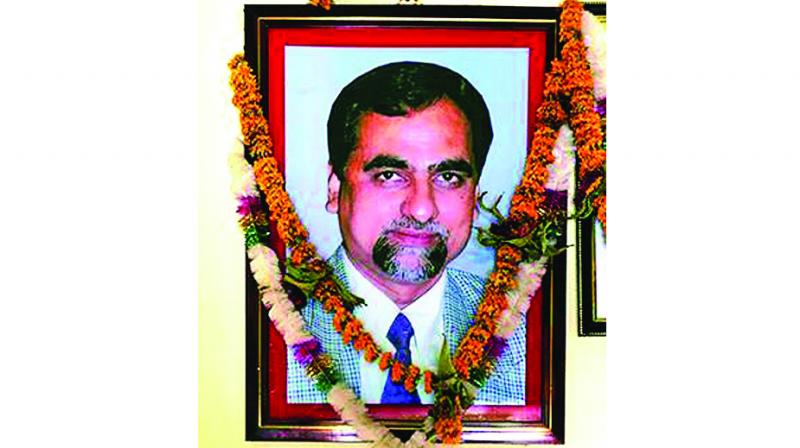 New Delhi: Senior advocate Dushyant Dave made a fervent plea in the Supreme Court on Friday for a probe by a special investigation team into the death of H.B. Loya, for CBI judicial officer under mysterious circumstances on December 1, 2014 in Nagpur.

Appearing for the Bombay high courts advocates association, Mr. Dave told a three judge Bench of chief Justice Dipak Misra and Justices A.M. Kanwilkar and D.Y. Chandrachud that such an independent probe was necessary in view of bundle of contradictions in the report of the Commissioner of Intelligence Maharashtra. He said the death of Loya was a serious matter and unless a thorough probe was conducted the entire truth would not come out.

He criticised the Maharashtra government for resisting and opposing SIT probe. Mr Mukul Rohatgi for Maharashtra along with Harish Salve informed the bench that after the publication of various media reports, a discreet inquiry was instituted to examine the circumstances in which Loya had died in December 2014. Mr. Rohatgi said according to the report, four judicial officers who accompanied Loya to the hospital after he complained of chest pain have denied any foul play in their statements.

He said that this report was submitted to the Bombay High Court chief justice on November 23, 2017.

Mr. Dave, however, alleged that the reports are contradictory and an attempt was being made to conceal the real facts and highlighted that Loya was trying the politically sensitive Sohrabuddin Sheikh encounter killing case when he was found dead under “mysterious circumstances.” Mr. Dave also claimed that both Mr. Salve and Mr. Rohatgi had once appeared for BJP president Amit Shah in the Sohrabuddin Sheikh case and they are not defending Maharashtra government. He also alleged that Mr. Shah had offered bribe to Loya’s father and sister to prevent a probe.

Mr. Rohatgi quoting the probe report said four judicial officers had given statement as to how Judge Loya, who complained of chest pain early in the morning, was carried to one hospital in a car, placed on a stretcher and taken into the ICU. Therefore while being taken to another hospital, he died and that was why post mortem was conducted.

Justice Chandrachud referring to Mr. Dave’s submission that Loya’s wife was not informed and she did not rush to Nagpur observed “sometimes how individuals react to a calamity on the death of a person that may not have a bearing on the nature of death.”

Advocate Dr. Gunarathan Satavarte, appearing for Maharashtra Administrative Tribunal bar association urged the court to order notice to Mr. Shah as he was directly involved in the death of Loya. He said a judge had given a statement about the involvement of Mr. Shah. The court however, refused to order notice to Mr. Shah and posted the matter for further hearing on February 5.