India   All India  03 Feb 2018  Punjab: Leaving sports for crime not a rare switch
India, All India

Punjab: Leaving sports for crime not a rare switch

There are many gangsters who were once budding sportsperson, but entered the world of crime. 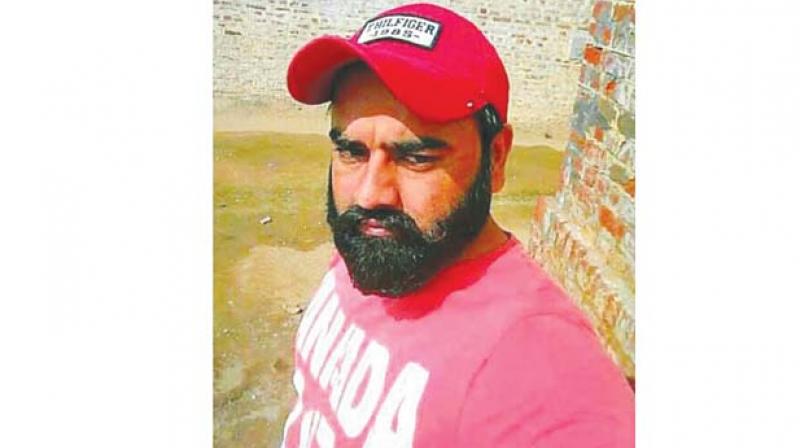 Chandigarh: The encounter killing of gangster Vickey Gounder, who was once a national level discus thrower, is not an isolated case of a former sportsperson turning to crime in Punjab.

There are many gangsters who were once budding sportsperson, but entered the world of crime. The lure of easy money, the illegal job market’s demand for musclemen and glorification of criminals through popular culture (songs) have all contributed to the drift of youths towards crime.

Harjinder Singh alias Vicky Gounder (Gounder his nick name means goon in local parlance) , the notorious gangster who was killed in an encounter with the police last week was once a national level athlete. Gounder belonged to Sarawan Bodla village in Muktsar, and had won several medals in discus throw event at the national level.

The case of Vicky Gounder is not isolated, in fact, sportspersons turning into gangsters is now not very rare in Punjab. Not just Gounder, Jaipal Singh, whose gang he belonged to once, himself was a hammer thrower. Another of Jaipal's gang member, Harinder Singh Tinu, was a shotputter and about to migrate to New Zealand when he came in touch with Jaipal. Yet another member of the same gang was Shera Khuban alias Gurshahid Singh, also a hammer thrower. All of them were big bodied and became extortionists first and later gangsters.The Gounder story goes back to 2009, when he was just 19. He got himself enrolled into a sports academy in Jalandhar for further training. Here he became friends with Prema Lahoriya who was a 100 metres hurdle sprinter. Sukha Kahlwan too was there. Both of them indulged in heinous crimes. While, Gounder was at the academy, Kahlwan murdered his close associate, Lovely Baba. This didn't go down well with Gounder and their friendship turned into rivalry. Gounder left the academy and returned home. The other major factor that is probably which act as catalyst for youth to enter world of crime is the glorification of gangsters in Punjabi songs. Sample this a song goes Pind peya sara gangland banya, to aakhadi he Jatta sahar gera maar ja which means (My village has turned into a gangland and she is asking me to visit the town) another song says Mirta nu shok hatirayn da (your friend is fond of weapons) . The Punjab cultural department has in the past even appealed to Punjabi music industry to refrain from glorification of violence in the songs.