The maximum number of encounters was reported from Bulandshahr and Shamli, where four and six criminals were arrested respectively. 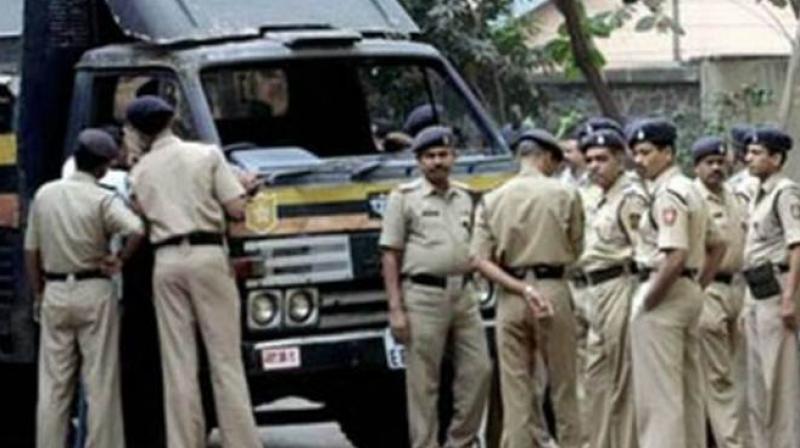 The police also recovered country-made arms, ammunition, motorcycle, cars apart from cash which was robbed by the criminals. (Photo: PTI)

Lucknow: A gangster was killed and nearly two dozen criminals were arrested by police in 15 encounters in different districts of Uttar Pradesh during the past two days, a police spokesperson said in Lucknow on Saturday.

"As many as 24 wanted criminals were arrested and one gangster killed in 15 police encounters reported from 10 districts of the state over a span of 48 hours," the spokesperson said.

Gangster Inderpal, who carried a reward of Rs 25,000, was gunned down by the Special Task Force in the encounter in Naglakhepad jungle on Friday.

According Superintendent of Police (STF) Rajiv Narain Singh, Inderpal was wanted in more than 30 cases of loot and murder in Uttar Pradesh and Uttarakhand.

The police also claimed to have recovered country-made arms, ammunition,  motorcycle, cars apart from cash which was robbed by the criminals.

The maximum number of encounters was reported from Bulandshahr and Shamli, where four and six criminals were arrested respectively.

Three of those arrested in Bulandshahr carried a cash reward for Rs 20,000 each on their head.

On Friday, two suspected criminals and as many policemen, including a station house officer, were injured in an encounter in Gorakhpur.

The incident took place when Maneesh Yadav and Manoj Yadav were escaping after threatening a village head, police said.

Police said that a team was rushed to the spot after receiving a complaint from the victim.

The police have seized a .32 bore pistol, a 12 bore gun, bullets and the motorcycle on which they were escaping.

The criminals were injured in the gunfight. They were subsequently arrested and admitted to BRD Medical College.

Police claimed that they have confessed to their involvement in the murder of businessman Dinesh Gupta of Nai Bazaar, Jhangha, in Gorakhpur on Sunday.

Chief Minister Yogi Adityanath had vowed to take strict action against the criminals after his government faced criticism over a string of crimes in the state.