'His visit was a gesture of mutual cooperation between the Indian and the US air forces,' defence officials said. 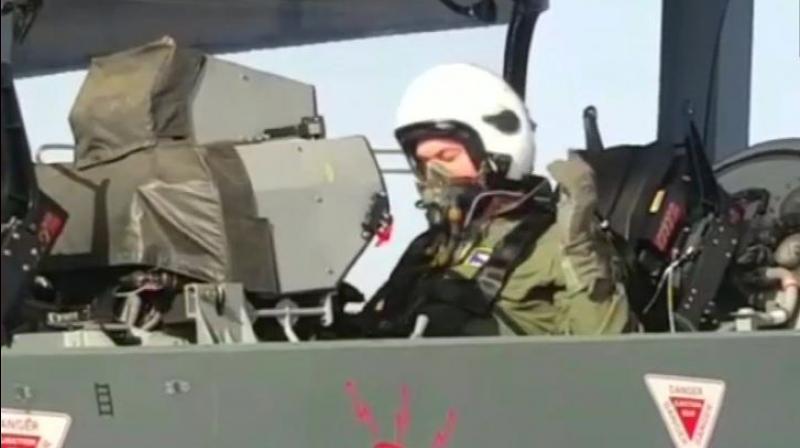 'We look forward to deepening the relationship between our two air forces,' Goldfein said in his posts on Twitter and Facebook. (Photo: ANI/Twitter)

Jodhpur: The Chief of Staff of the US Air Force, General David L Goldfein, flew India's indigenous light combat aircraft 'Tejas' at the air force station in Jodhpur on Saturday.

Goldfein, who arrived here on Friday, was accompanied by Air Vice Marshal A P Singh as co-pilot during the sortie, defence officials said.

"General David L Goldfein, Chief of Staff of the US Air Force, is on an official visit to India. He flew a sortie in '#MadeinIndia' LCA Tejas aircraft at AF Stn Jodhpur today," the IAF said on Twitter.

Goldfein interacted with the airmen and pilots at the station on Friday.

"His visit was a gesture of mutual cooperation between the Indian and the US air forces, both of which are considered the best in the world," the official said.

Earlier, General Goldfein had stressed on the "strong relationship" between the two air forces.

"We look forward to deepening the relationship between our two air forces," he said in his posts on Twitter and Facebook.

"Had many great meetings with our @IAF_MCC partners to deepen the relationship between our two air forces. The IAF operates the second largest C-17 fleet in the world & continues to mature their fleet," he added.

The first squadron of Tejas was inducted into the IAF in July 2016.