Lokendra Singh Kalvi said his group is still opposed to 'Padmaavat' and the 'janta curfew' at theatres will continue. 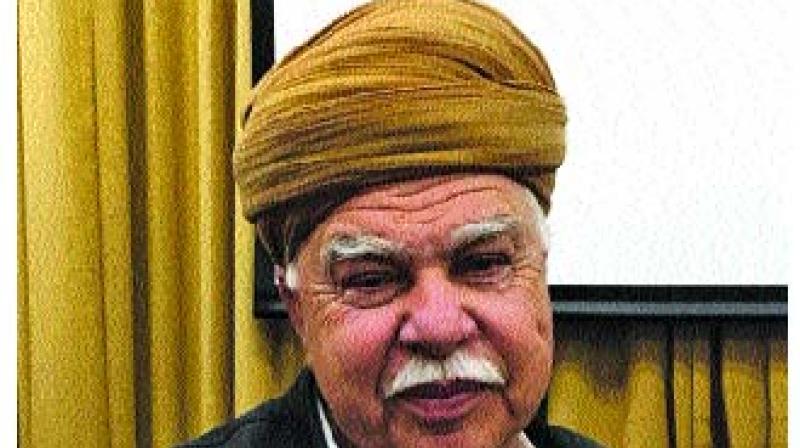 Shree Rajput Karni Sena chief Lokendra Singh Kalvi said the letter is being circulated on social media and is misleading the public. The letter is not authentic. (Photo: File)

Jaipur: Shree Rajput Karni Sena chief Lokendra Singh Kalvi, who spearheaded the protest against 'Padmaavat', on Saturday dismissed reports that his outfit has withdrawn protests against the Sanjay Leela Bhansali's film and said it must be some "fake news" circulated by a "fake Karni Sena".

Lokendra Singh Kalvi and Sukhdev Singh Gogamedi added that their objection to the controversial film still stands and the protest will continue.

The clarification from the two leaders came a day after news reports said the Mumbai branch of 'Shree Rashtriya Rajput Karni Sena' had withdrawn their protest against the film.

The Mumbai branch of Gogamedi's group had issued a letter to the production house behind the film, stating their protest is withdrawn after its members found that the movie glorified Rajputs.

The letter, signed by Mumbai leader Yogendra Singh, stated that the group's members watched the film and decided to withdraw the protest unconditionally.

However, Gogamedi on Saturday said no such direction was issued to the Mumbai branch. "I have issued no such direction and our protest is continuing. I have expelled all of them whose names and signatures are on the letter," he told reporters at Jaipur in Rajasthan.

"The letter is being circulated on social media and misleading the public. The letter is not authentic," he said.

The protest against the film - based on the saga of the historic battle of 13th century between Maharaja Ratan Singh and his army of Mewar and Sultan Alauddin Khilji of Delhi – is spearheaded by Shree Rajput Karni Sena chief patron Kalvi.

The other group has also protested against the film over similar grounds, that the movie allegedly distorted history.

Kalvi said his group is still opposed to the film and the "janta curfew" it has imposed at movie theatres will continue.

"There were two issues: one related with faith and the other with history. The filmmaker has made changes to the film to respect the faith of the Rajput community but distortion of historic facts is still there in the film," he told reporters at a separate press conference.

He said the protest has not been withdrawn.

However, Kalvi clarified the group will not oppose the special screening of the film at a theatre in Jodhpur, where a high court judge is scheduled to watch it on Monday in connection with a case against director Sanjay Leela Bhansali.

The controversial film had faced resistance from various Rajput groups, who accused the filmmakers of "distorting history" and showing Rani Padmini in poor light.

Historians, however, are divided whether the queen actually existed.

The film missed its December 1 release as it was stuck with the CBFC over certificate clearance issues. It finally released on January 25, with five modifications, including change in the title from ‘Padmavati’ to ‘Padmaavat’, and multiple disclaimers.