Referring to the Hyderabad encounter, solicitor general Tushar Mehra said that what happened there was shocking but people celebrated it. 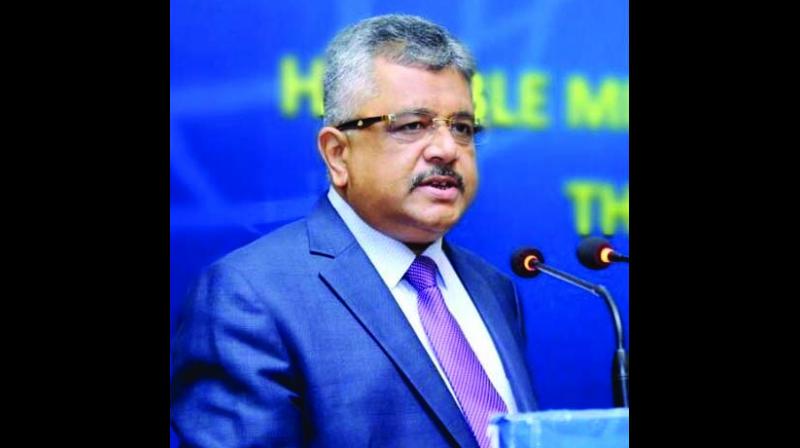 New Delhi: Citing the 2019 gangrape and murder of a Hyderabad vet, in which four accused were killed by the police in an alleged encounter, the Centre on Sunday told the Delhi high court that the four death row convicts in Nirbhaya case were “not entitled” to any more time and asserted that the credibility of the judiciary and its own power to execute death sentence were at stake.

Referring to the Hyderabad encounter, solicitor general Tushar Mehra said that what happened there was shocking but people celebrated it. The police had claimed that all the four accused in the Hyderabad case were shot dead in “retaliatory” firing by the cops when two of the accused opened fire at them after snatching their weapons and tried to escape from the site where they had been taken for a reconstruction of events as part of the investigation.

Mr Mehta, representing the Centre and Delhi government which have sought setting aside of a trial court order staying the execution of convicts in the 2012 Nirbhaya gangrape and murder case, told the high court that there was a “deliberate, calculated, and well thought-of design to frustrate mandate of law” by the convicts who were “trying the patience of the nation.”

Justice Suresh Kait reserved the order on the joint plea by the Centre and Delhi government after a three-hour hearing, during which senior lawyer Rebecca John, representing convict Mukesh Kumar, contended that since the four were sentenced to death by a common order, they have to be executed together and cannot be “singled out.”

The four convicts, along with two others, had gang-raped the young woman in a moving bus on the night of December 16, 2012. Tortured with an iron rod and thrown off the vehicle, she died on December 29 at a hospital in Singapore.

One of the assailants, just short of 18 when the crime was committed, was released after spending three years in a reform home. The main accused, Ram Singh, was found hanging in jail.

Convicts Vinay Sharma, Pawan Gupta, Mukesh Singh, and Akshay Singh were to be executed on Saturday. But the hanging was postponed indefinitely after one of them, Vinay, filed a mercy petition before President Ram Nath Kovind. As his appeal was turned down, another convict, Akshay, filed his mercy plea.

The trial court had said that the four convicts will not be hanged until further orders in the case.

According to the rules, a convict is given 14 days between the rejection of a mercy plea and his execution. The original date of execution of the four convicts was January 22, which was deferred after Mukesh’s mercy petition was rejected.

While requesting the high court to order execution of the two convicts who have exhausted all legal options and whose mercy plea have been turned down, Mr Mehta said, “The accused are trying the patience of the nation. Such delays will shake the faith of people in the administration of justice.”

“Mukesh filed almost his seventh legal proceeding on January 31. Till that point, he had still not filed his mercy plea. This is to deliberately delay the execution,” he said.