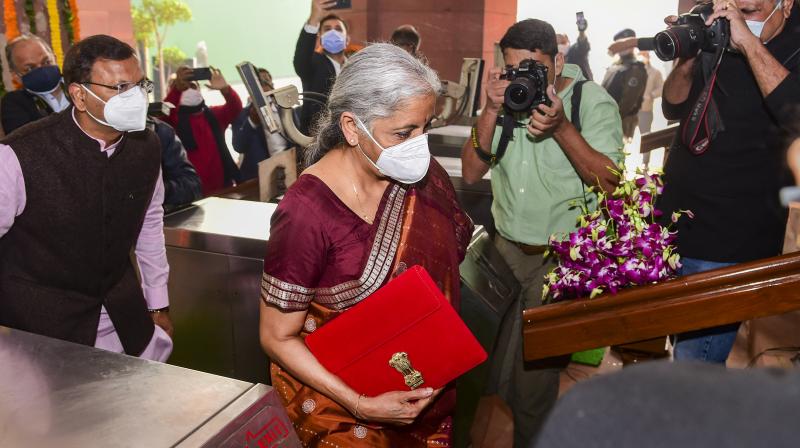 The party has also asked all the states to organise a programme to explain the merits of the budget to the people. (PTI)

New Delhi: Bharatiya Janata Party (BJP) its office bearers, MPs and other leaders will reach out to the masses across the country to explain the merits of the Union Budget to the people.

BJP MPs will explain the merits of the budget of self-reliant India to the people of their respective areas on February 5, 6, 12 and 13, sources said.

The party has also asked all the states to organise a programme to explain the merits of the budget to the people, sources added.

Earlier on Wednesday, Prime Minister Narendra Modi explained the details of the budget to the BJP leaders of the country through the virtual medium, in which all the party officials participated.

MPs have been asked to hold a press conference in their parliamentary constituency on February 5, 6, 12 and 13 and the party officials in all the districts will promote the key points of the budget.

The party will also hold meetings through video conferencing on major schemes of the Budget for 15 days.

The budget will be uploaded on the party's website in local languages and will be published on social media platforms.

PM Modi had said that it is very important that India becomes self-reliant and this budget is only for building a modern India on the foundation of self-reliant India.

In the budget, tax benefits have been extended for startups and have been said to give houses to the poor, especially women.

The provision of thousands of crores of rupees, especially for linking Ken-Betwa, is also going to change the picture of the Bundelkhand region of Uttar Pradesh and Madhya Pradesh.

Big steps have been taken in this budget to make the country's agriculture technology-based and chemical-free. It is going to expand the modern connectivity and modern infrastructure in the Himalayan regions.