The chief minister looked for K Amarnath, an IPS officer posted as superintendent of police (SP) in East Midnapore 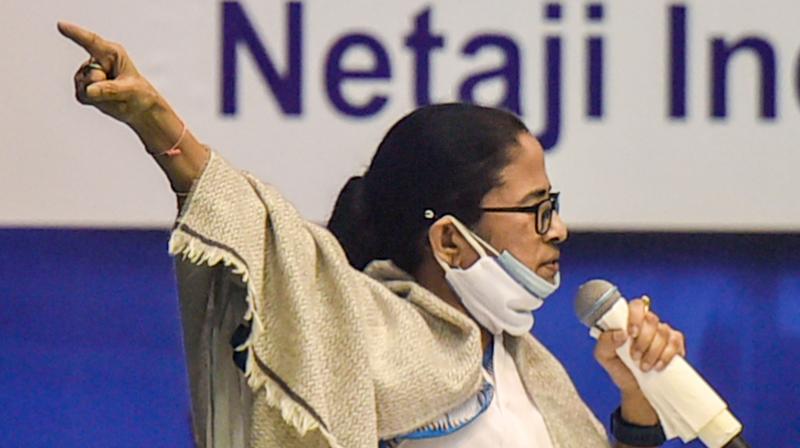 Kolkata: West Bengal chief minister Mamata Banerjee on Thursday sent out a stern message to her government's bureaucrats not to work under the instructions of governor Jagdeep Dhankhar and political pressure of the BJP and reminded them of their present attachment.

At an administrative review meeting, Ms Banerjee looked for K Amarnath, a young IPS officer posted as superintendent of police (SP) in East Midnapore, known to be a stronghold of Nandigram MLA and leader of the opposition Suvendu Adhikari. The CM angrily asked, "Where is the SP(East Midnapore)? He is hiding!"

As Mr Amarnath stood up, Ms Banerjee told him, "I am getting certain complaints about your district. A preplanned attempt to trigger riot by placing someone as a dummy is being made. I told you about it for a long time. But you did nothing. Then I interfered." Mr Amarnath apprised her of conducting an inquiry, taking action and deploying force.

The CM then added, "Those who trigger riots do not belong to any religion. A political leader instigates it from behind. That is why it takes place. You have to look into it strongly. Are you scared of working? Does the governor call you up to say what to do and not to do?" Mr Amarnath however replied with "No."

Ms Banerjee observed, "You would not reveal it even if he does! Anyway, you do not need to look into it. You are serving the state government. Right? You will work on your own. I have posted you there to perform well. But I got complaints from Haldia and was forced to remove two persons after ordering their arrest. They were creating trouble in the work of Exide Industries and of the Dhanukas. Why do I need to interfere when you are there? If you face any problem due to political pressure in working there, tell me directly. Do not pay heed if anyone dictates you what to do."

Anguished, Mr Dhankhar tweeted the video of the conversation, saying, "Hon’ble CM to SP in full media glare. “Did Governor call you? Did he instruct you? What to or what not to do? I know you will not admit that. But feel free to do your assigned work. You are working for state government, mind it. Do not get afraid of such things..”