Canadian MP Randeep S Sarai claimed that he has seen Atwal at public events, but does not have any other relation with him. 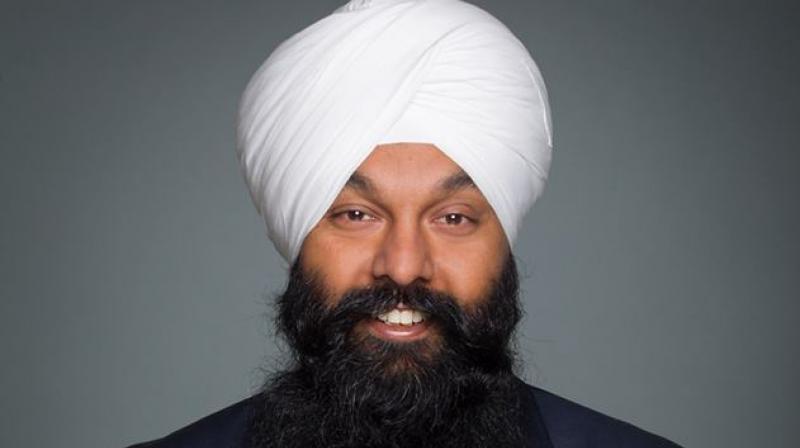 'I’ve seen him around but I don’t have anything beyond socially when we see him at media events or at public events. I don’t have any other relationship with him,' the MP said.

New Delhi:  Canadian Member of Parliament (MP) Randeep S Sarai asserted that he is not a 'scapegoat', and claimed that he 'did not invite' Pro-Khalistani terrorist Jaspal Atwal to Prime Minister Justin Trudeau's reception dinner in New Delhi.

In an exclusive interview to Surrey Now-Leader, when asked if he is, figuratively, falling on a sword, Sarai said, "Look, I took full responsibility as soon as I found out that this had happened and I, you know, the name came from my office, I should have vetted them before I forwarded them, I should have looked a bit more diligently at it, I am a new, young Member of Parliament, a rookie you can say so obviously I am learning from my mistakes".

He claimed that he has seen Atwal at public events, but does not have any other relation with him.

"I didn’t invite the person (Jaspal Atwal). He’s a media personality; he’s associated with Media Waves, the radio, and he’s there for, around everywhere. We did go on his radio pre-election, kind of during the writ period time, afterwards I’ve been on it a couple of times, he’s been around socially in the community here in Surrey for years now," Sarai said

"I’ve seen him around but I don’t have anything beyond socially when we see him at media events or at public events. I don’t have any other relationship with him," the MP added.

Randeep Sarai also stated that he has no intention of stepping down from his job. He, however, took full responsibility of the fiasco.

"I was eleven years old and I’m the oldest in my staff, everyone else in there is in their early twenties. We should have vetted better, we should have been more diligent but none of us, instead of doing that we were pretty preoccupied in organizing myself, for myself to go to the visit and I just forwarded the names that I received. I take full responsibility, I’ve as you know stated that and I should have done better, I should have searched the names up and done my due diligence better," he said.

For the unversed, Atwal was invited to dine with Prime Minister Trudeau, during his visit to India in February, at a formal event hosted by Canadian High Commissioner to India Nadir Patel.

The invite was later rescinded.

Atwal was convicted of the attempted murder of Punjab minister, Malkiat Singh Sidhu, on Vancouver Island in 1986.