According to the petitioners, overhead power lines are the biggest threat to the survival of the GIBs 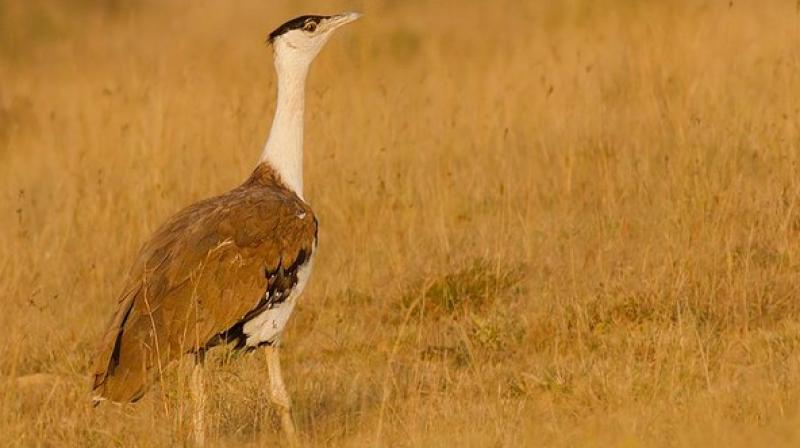 New Delhi: A plea concerning the protection of two bird species, including the Great Indian Bustard, was mentioned before the Supreme Court on Thursday.

A bench headed by Chief Justice of India NV Ramana agreed to list it.

One counsel appearing before the bench urged the court to list the matter concerning the Great Indian Bustard before a three-judge bench as the matter has been listed before a two-judge bench.

The counsel also apprised the court that the matter was heard earlier before a three-judge bench.

Earlier, a three-judge bench had directed the concerned authorities to convert the overhead cables into underground powerlines.

The court's order had come on a plea seeking to protect two species of birds including the Great Indian Bustard.

According to the petition, the existence of overhead power lines is stated to have become a hazard due to which the said species of birds on collision are getting killed.

One application had also sought interim directions to Rajasthan and Gujarat to ensure predator-proof fencing, controlled grazing in the enclosure development and not to permit installation of overhead power lines.

The court had noted the petitioners being environmentalists, sought to protect the rare birds which are dwindling in number.

It was also contended that the GIB is one of the heaviest flying birds in the world and has disappeared from 90 per cent of the habitat except in parts of Rajasthan and Gujarat which is to be protected.

According to the petitioners, overhead power lines are the biggest threat to the survival of the GIBs.