The most disturbing finding was that Fakaruddin had even managed to get a voters’ identity card in the name of Suresh Das. 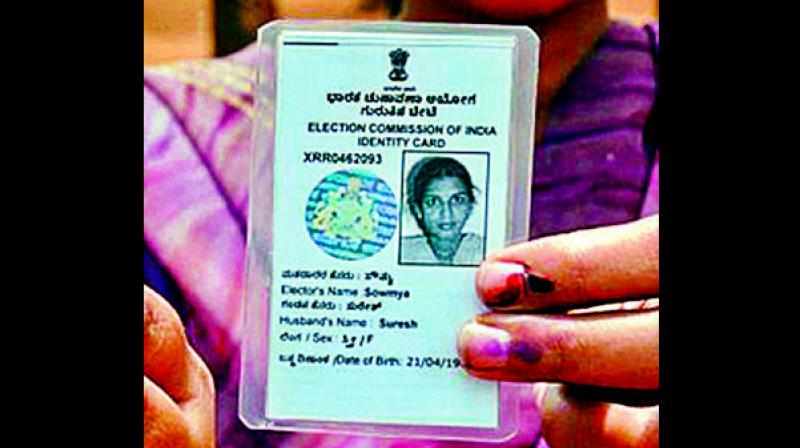 Pointing that verification of family tree has revealed various modus operandi, sources said that there were instances in which persons who used same legacy data code could not recognise each other. (Representational image)

Guwahati: The National Register of Citizen (NRC) authorities have identified more than 4,000 people who were declared foreigners by the Foreigners Tribunal but found to have been trying to get their names included in the NRC by submitting fraudulent papers.

Informing that authorities have also found that among those declared foreigners, at least 700 have produced voters identity card as evidence for inclusion of their names in the NRC, sources in the NRC told this newspaper that people who are not eligible for getting their names included in the NRC are using different modus operandi to get their names included in the citizenship document, which include using the legacy data code of other persons, bribing people to use their legacy, submission of forged documents etc.

Pointing that verification of family tree has revealed various modus operandi, sources said that there were instances in which persons who used same legacy data code could not recognise each other.

Pointing out specific cases, sources said that in one such case of Nagaon district, one person claimed himself to be Suresh Das, son of Robi Das. He used the legacy data code of Robi Das. Interestingly, Robi Das could not recognise Suresh.

During questioning, Suresh admitted that his real name is Fakaruddin, son of Umed Ali. The most disturbing finding was that Fakaruddin had even managed to get a voters’ identity card in the name of Suresh Das.

In another case of Morigaon district, a person who was declared as a foreign national by the Foreigners’ Tribunal, used legacy data code of another person and declared that his father is dead. But later it was found that the person, whose legacy data code he had used is very much alive and they have no relation.

In a case in Barpeta, one Abdul Salam submitted application for inclusion of his wife Kanchan Nessa in the NRC and gave the legacy data code of one Gazi Sheikh. But during the process of verification, the other siblings of Gazi Sheikh did not recognize the woman who claimed herself to be Kanchan Nessa. Later during investigation, it was found that Kanchan Nessa was the name of the first wife of Abdul Salam and she died some time back. Salam, while submitting the application for inclusion of names in the NRC, mentioned the name of his second wife Kadbanu as Kanchan Nessa and used the legacy data code of the father of his first wife.

Sources also regretted that neighbouring states are still delaying in responding to the ligancy documents sent by the NRC authorities for verifications.