Given an opportunity to fight hunger and poverty, a poor woman proves to be a better warrior than a man. 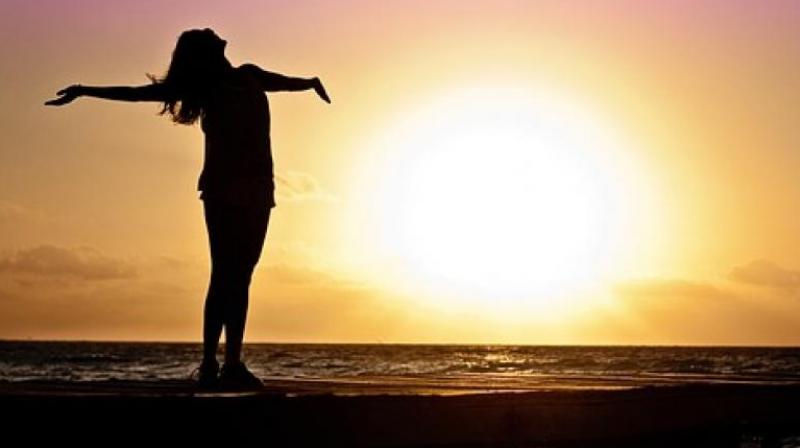 The most significant aspect of these collectives is that they are wholly managed by the women.

We live in a world where impoverished women face gross inequalities and injustice right from their childhood. Given an opportunity to fight hunger and poverty, a poor woman proves to be a better warrior than a man. We have witnessed how poor women have an innate and intense desire to move forward. They are hard-working, concerned about their dignity, their children are present and future, and are willing to make personal sacrifices for the well-being of their family.

In India the most popular model for empowering village women through financial access and provision of other services is the self-help group mechanism. It is in practice for more than two decades and has transformed the lives of millions of women, several of whom now occupy important positions in village administration.

Despite early success, the growth of self-help groups had slowed in the last few years. The microfinance scene in the nineties was dominated entirely by these SHGs. And they became key a key armour for banks in draining the swamps of poverty before microfinance institutions (MFIs), fuelled b international funding led by impact investors started swarming and courting them and made them their darlings for a purely business goal. They introduced a new idea of do-goodism and a touchy-feely morality to smokescreen a mega-business of making profits off the poor. The MFIs selectively plucked the most honeyed self-help groups to pad their portfolios and profits. These groups have actually blossomed through the efforts of public banks, government and the not for profits, and sadly no one is talking about it.

MFIs started going after the low hanging fruit-populated areas were selected already know enough about microfinance and where there were abundance of good groups —formed and nurtured by  NGOs. Groups take too long to grow and require a lot of handholding. Moreover, MFIs have hybridised the group mode to reduce the investment of time and manpower that was entailed in nurturing them. Their groups are now just credit groups, called joint liability groups with no place for savings, capacity building and governance.

Unlike in the new microfinance paradigm, where credit is the sole function of self-help groups, the emphasis of self-help groups in its pure avatar is on savings, loans come later. Savings are integral to poor households’ risk management strategies; they constitute the first line of defence to help poor households cope with the external shocks, emergencies, and life-cycle events to which they are so vulnerable.

A typical Indian self-help group consists of 10-20 poor women from similar socio-economic backgrounds who band together for financial services and sometimes social services. The common characteristics are: Self-selected and unrelated members, small size, and regular attendance at meetings, regular savings by members, peer pressure to enforce repayment of loans and simple and transparent procedures.

The most significant aspect of these collectives is that they are wholly managed by the women.  Each has a set of rules devised and agreed by the members themselves. Each group has a constitution or a list of rules, created and accepted by the members themselves. The rules pertain to selecting members, electing office bearers, periodicity and timing of meetings periodicity and timing of meetings monthly savings, creating their own loan fund, lending procedures, penalties for default, etc. It is an amoeba model — and each group has the DNA within itself to self-replicate

Once the basic structure of the savings group model is introduced to a rural community by an outside agency — usually a local nonprofit — the groups do virtually everything, including training more groups. The group is linked to a public bank which supervises it and oversees its money management. The SHG itself functions like a small bank. Meticulous accounts and records are maintained SHGs typically begin with periodic, compulsory saving, gradually increasing the pot of money-a resilience fund -available to the group .Women act as their own bankers, create their own loan fund, and approve small loans to each other as savings accumulate and making sure loans are repaid. By transferring tasks normally done by well-paid bankers to poor people, the cost of administration comes down drastically.

SHGs are managed by their members with varying degrees of external support. They reach out to each other with love and empathy .The groups offer both financial and social support, empowering women with a strong network of allies. .The dialogue-based education does not require that women know how to read or write, and learning together strengthens and gives confidence to the group. They soon learn to read and do math. Groups are also a place where people can learn from others, share their experience and seek advice.

The initiatives of SHGs have been diverse: some groups have helped women consolidate their savings; others have addressed domestic violence, alcoholism and caste-related issues in the public sphere.. SHGs typically begin with periodic, compulsory savings and then move on to making loans. Every member contributes a fixed predetermined amount to the self help group's bank account to build a shared pool of resources.  The SHG movement has been instrumental in mainstreaming women by-passed by the banking system. It has offered space for different stakeholders to innovate, learn and replicate.

The needs may vary from business expenses to paying school fees or healthcare costs,   purchasing animals, or investing in start -up capital for undertaking cattle rearing and livestock breeding or tailoring. In this way they make money 'work'. With education of children and running the household being their priority, the women utilise the borrowed money to pay for their children's educational needs, household repairs and even monthly food ration.

With help for starting businesses, impoverished women can earn money and support their communities as well as their families.

The women guarantee each other's loans. The prime security is trust and a social contract that holds the members accountable to each other. The repayments proceed like clockwork. Astonishingly, there is zero default. Although the value for members is not just in finance, credit remains an important element.You can't change social dynamics without women’s involvement in the economy.

Commerce has a profound ability to make people put aside their differences and interact with each other. Worldwide experience shows that when accessible finance reaches women, the benefits are particularly sustainable. Savings rates are higher, group life is more intensive, repayment rates are remarkable, enterprise growth and graduation are stronger, and there are measurable improvements in child nutrition and education, family health and household sanitation, shelter and general welfare.

By providing a space where members can build relationships and develop a strong sense of identity and belonging, they create a unique set of relationships and values. They show how managing money involves more than financial management, the creation of significant social value. These groups impart training in areas such as health care, nutrition, and domestic problem solving. These social services help clients profit from their loan sand also aid in the development of human capital — an important contributor to poverty alleviation.

For poor women, it is a journey towards the second freedom or the real freedom, that  Mahatma Gandhi said when he talked of the unfinished agenda at the time of Independence. As with any single strategy, this is not going to lift people out of poverty. But it’s simple, low-cost and resilient — and it can be carried out by small informal organisations and spread virally. And what's most important is that development is truly in people’s own hands.