India   All India  03 Apr 2019  Mayawati justifies statues in SC, calls it ‘will of people’
India, All India

Mayawati justifies statues in SC, calls it ‘will of people’ 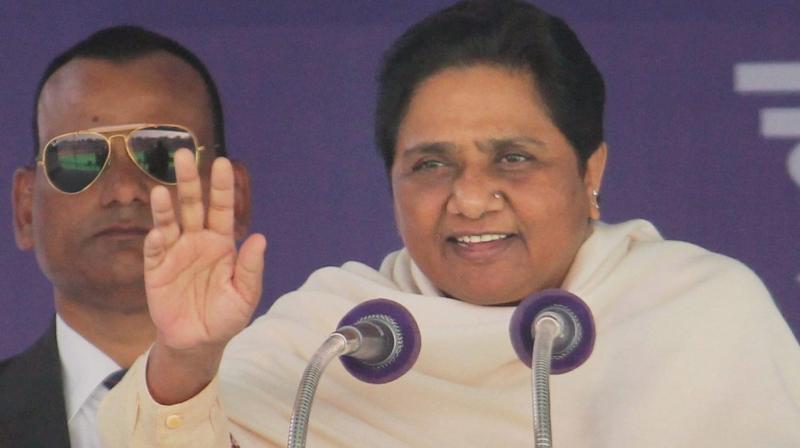 New Delhi: Bahujan Samaj Party (BSP) supremo and former Uttar Pradesh chief minister Mayawati has justified in the Supreme Court the installation of her statues across many cities in the state, saying it represented the “will of the people.”

Ms Mayawati has filed her affidavit in response to an observation made by a bench headed by Chief Justice of India Ranjan Gogoi that she should be asked to pay up for using public money spent on installation of her own statues and of elephants, the BSP’s party symbol

In her affidavit, Ms Mayawati said that when she was the CM, the state legislature sought to pay tribute to her for her tireless work for the welfare of Dalits by getting her statues installed. “The will of the people was expressed by the state legislature with a proposal to install the statues of the answering respondent at the memorials to show respect to the contemporary woman Dalit leader who has decided to sacrifice her life for the cause of the underprivileged communities,” said the affidavit.

She said the apex court itself had ruled that the expenditure approved by the state legislature may be unwise but it could not be adjudicated by the courts and should only be debated in the legislature. She urged the court not to adjudicate on the issue of statues.

She said the construction of elephant statues in memorials had nothing to do with her party symbol and it is a mere coincide-nce. It is incorrect and mi-sleading to correlate the statues of elephants inst-alled at the memorials with the BSP’s symbol.

The elephants standing in the welcome posture are inalienable part of the Indian culture and no parallel can be drawn betw-een the elephants and the party symbol. She pointed out that elephant statues adorn the Rashtrapati Bhavan, temples and are regarded as a welcome symbol in mythology.

She said, “Certainly, I could not go contrary to the wishes of the state legislators in installing my statues near the statue of Shri Kanshi Ram, for whom the nation has raised the demand of conferring Bharat Ratna posthumously.”