Madhya Pradesh to invoke NSA against attackers of medical personnel

An IAS officer among nine new positive cases in the state 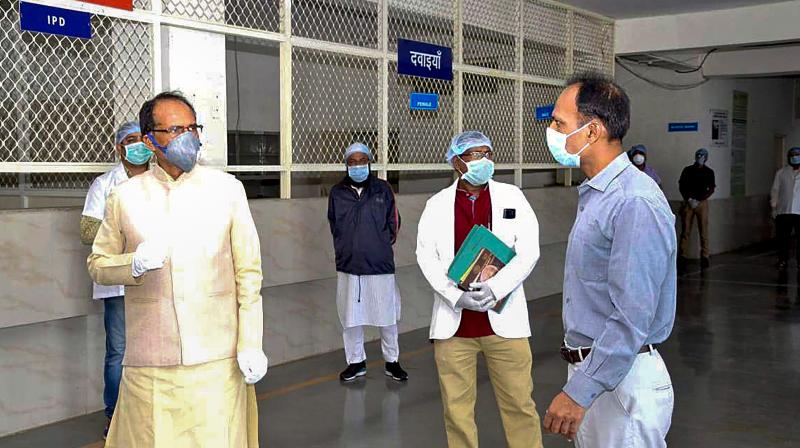 Bhopal: In a major development, the Madhya Pradesh government on Thursday decided to invoke National Security Act (NSA) against those who attack medical personnel in the state. And the state's total number of coronavirus positive cases sped to 120 this morning with one of the nine new cases being an IAS officer from the health department in Bhopal.

Madhya Pradash is the first state in the country to invoke the stringent NSA against the people who attack medical personnel during the current coronavirus outbreak.

Chief minister Shivraj Singh Chouhan made the announcement late on Thursday evening. The decision came in the wake of attacks on medics in Indore on Wednesday when the former were conducting health screening of local people.

Four people were arrested in connection with the incident.

An IAS officer who tested Covid-19 positive is a 2011-batch IAS officer posted in the health department in Bhopal with a history of travelling outside Madhya Pradesh, PTI reported.

He developed symptoms similar to those found in COVID-19 patients and was tested. The first report came positive; results of the second are awaited.

Among the other new cases, seven were reported from Indore and one from Chhindwara. The Chhindwara patient is a 36-year-old man who works in a government department in Indore and came to Chhindwara on March 19 before the March 25 lockdown.

The patient has been admitted in the Chhindwara district hospital's isolation ward and the people he came in contact with are being quarantined.

Seven fresh coronavirus positive cases were reported from Indore, taking the total number of infected persons in the city to 89.

Out of the total 120 coronavirus cases recorded so far in Madhya Pradesh (health department has confirmed 119), 89 have been from Indore, eight each from Jabalpur and Bhopal, six from Ujjain, two each in Morena, Shivpuri and Gwalior and one each from Khargone and Chhindwara, officials said.

Eight Covid-19 patients have so far died in the state -- five from Indore, two from Ujjain and one from Khargone.