India   All India  03 May 2018  Teen commits suicide after she was gang-raped by 8 men near Gurgaon
India, All India

Cases have been lodged against the accused under the POCSO Act, however, no arrests have been made as yet. 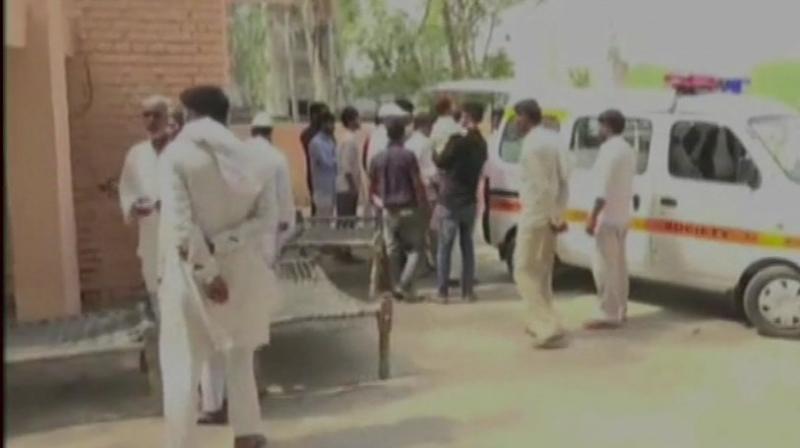 The accused had reportedly threatened her with dire consequences if she named them said the neighbours, who claim all of them are from "influential families" in the area. (Photo: ANI/Twitter)

Gurgaon: A 17-year-old girl committed suicide after she was allegedly gang-raped by eight men at Nuh near Gurgaon.

Speaking to ANI, DSP Virendra Singh said, "An FIR was lodged after we received a complaint on Tuesday night that a girl was kidnapped from her home and taken to a secluded place and gang-raped. Later they left her in an unconscious state on the roadside."

An abandoned motorcycle was also seized by the police, which they believe may have been used by the accused.

According to an NDTV report, the teenager was alone at home when the accused kidnapped her and took her to a secluded location, said the teenager's family.

The girl's father told news agency ANI that one of their relatives had died and the family had gone to offer condolences.

Around 2.30 am, when the family returned, their daughter was not to be seen at home. After a search in the neighbourhood, the girl was found unconscious on the roadside, the family said.

On Wednesday morning, the girl informed her parents that the men had forcefully taken her to a nearby location and gang-raped her. The victim also named four of the eight accused, said her parents.

However, in the afternoon, the girl reportedly went to the toilet and committed suicide.

The accused had reportedly threatened her with dire consequences if she named them said the neighbours, who claim all of them are from "influential families" in the area.

Cases have been lodged against the four accused under Protection of Children from Sexual Offences (POCSO) Act. However, no arrests have been made in the case despite names of the accused being mentioned in the FIR.