India   All India  03 May 2019  Landfall process of Cyclone Fani begins, likely to last for another 3 hours
India, All India

Landfall process of Cyclone Fani begins, likely to last for another 3 hours

IMD said the wind speed of the cyclone could reach 200-230 kilometres when it makes the landfall. 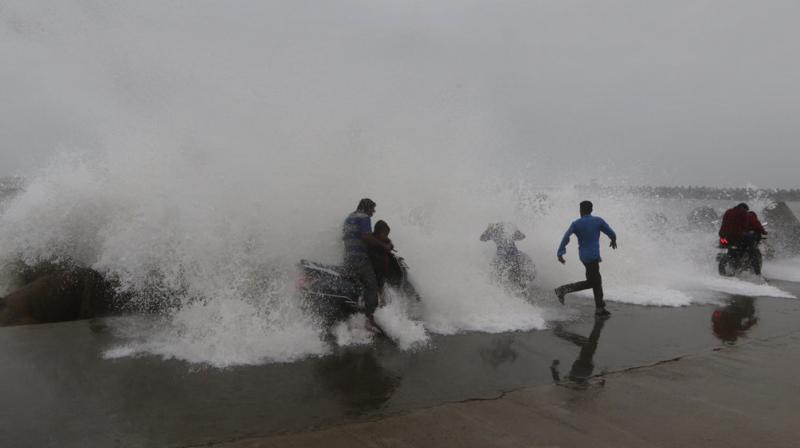 New Delhi: The landfall process of Cyclone Fani, which is expected to hit the Odisha coast shortly, has begun and it is likely to last for another three hours as per the Indian Meteorogical Department.

Cyclone Fani was nearly 25 kilometres from Puri, the IMD said.

The Cyclone Warning Division of the India Meteorological Department said the wind speed of the Extremely Severe Cyclone Fani could reach 200-230 kilometres when it makes the landfall.

The teams of Navy, Coast Guard and Air Force are on high alert. Lakhs of people fron the sensitive places were evacuated to a safe zone.

The cyclone is moving at a speed of 16 kilometres per hour, the IMD said.