Strong winds uprooted several electricity poles in the campus. However, all patients, staff and students are safe. 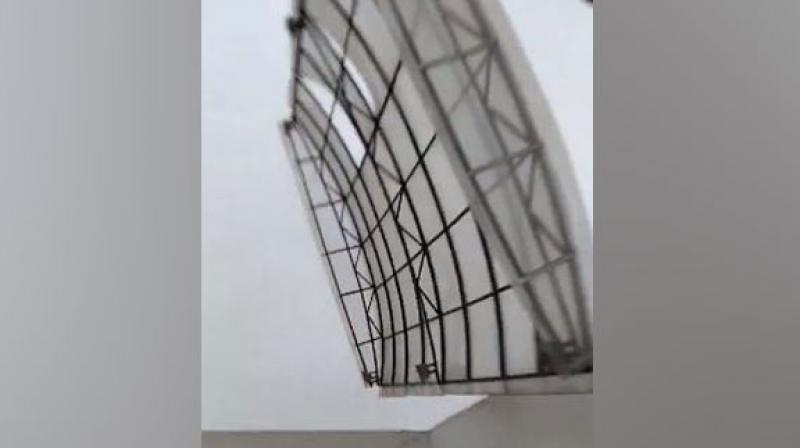 Bhubaneswar: Cyclone Fani on Friday caused extensive damage to AIIMS Bhubaneswar with several overhead water tanks and a part of the roof getting blown away.

Strong winds uprooted several electricity poles in the campus. However, all patients, staff and students are safe.

"Extensive damage to the structure of AIIMS Bhubaneswar reported due to cyclone Fani. All patients, staff, students are safe. Many water tanks have blown off, lighting poles are down, air conditioners damaged. We have enough supplies, ready to support the state," said Union Health Secretary Preeti Sudan.

Telecommunication networks have been reportedly partially disrupted in Puri and Bhubaneswar districts in Odisha due to the cyclonic storm making landfall on Friday morning.

In addition to the 147 trains (scheduled from May 1 to May 3) cancelled earlier, East Coast Railway has cancelled 10 more trains.

Indian Navy's P-8I and Dornier are being scheduled to be launched in the afternoon for undertaking an aerial survey to assess the extent of impact and devastation in the wake of Fani crossing the coast.

The Airports Authority of India (AAI) has cancelled all flights to and from Kolkata Airport from 3 pm today to 8 am tomorrow. The closure timing has been revised from 9.30 pm today to 6 pm tomorrow.