India   All India  03 May 2019  Only surviving member of Burhan Wani group, Lateef Tiger, killed in encounter
India, All India

The two other militants killed with him have been identified as Tariq Moulvi and Shariq Ahmed Nengroo, both local residents. 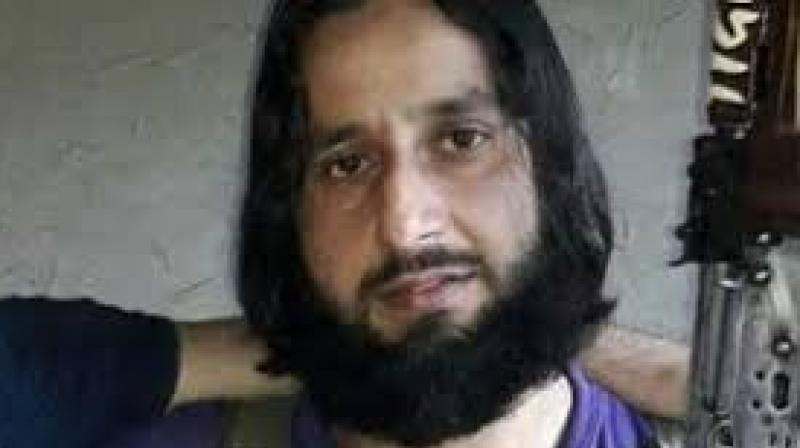 Lateef Tiger, the only surviving member of Burhan Wani group, is believed to be among the three militants killed in a fierce fire fight with security forces in Jammu and Kashmir’s southern Shopian district on Friday. (Photo: HU Naqash)

Srinagar: Lateef Tiger, the only surviving member of Burhan Wani group, is believed to be among the three militants killed in a fierce firefight with security forces in Jammu and Kashmir’s southern Shopian district on Friday.

Wani, the 22-year-old Internet savvy poster boy of the Hizb-ul-Muhajideen, was along with two associates killed by the Army in Kokernag area of Anantnag district on July 8, 2016, triggering widespread unrest in the Kashmir and parts of Chenab valley of Jammu region during which more than eighty people were killed, most of them in security forces’ actions.

The officials said that the fighting broke out in Adkhara village of Shopian’s Imam Sahib area at dawn on Friday after the security forces including the Army’s 34 Rashtriya Rifles, J&K police’s counterinsurgency Special Operations Group (SOG) and Central Reserve Police Force (CRPF) laid siege to the area on learning about the presence of the Hizb militants in a private house.

Though the officials said that the identities of the slain militants are being ascertained, the local sources said that one of them is Lateef Ahmad Dar alias Tiger, a resident of Dogripora village of neighbouring Pulwama district, who was active as a militant since 2014 and was a close associate of Burhan Wani.

The two other militants killed with him have been identified as Tariq Moulvi and Shariq Ahmed Nengroo, both local residents.

The officials said that one Army soldier was injured during the fighting. The residential house in which the militants had been holed up was completed and two adjacent houses partially damaged in the security forces’ final assault against them, the local sources said.

The killing of militants sparked off protests by surging crowds who soon clashed with security forces near the encounter site. The security forces fired teargas canisters and pellet shotguns to quell stone-pelting mobs, leaving, at least, 17 persons injured. Three of them have been brought to Srinagar for specialised treatment.

As the word about the killing of the Hizb militants spread, traders brought their shutters down and transport services were withdrawn from the roads in most parts of Shopian and Pulwama. The authorities immediately snapped mobile Internet services in south Kashmir whereas train services through the area have also been suspended.