India   All India  03 May 2020  Special trains only for passengers authorised by states: Railways
India, All India

Special trains only for passengers authorised by states: Railways

Railways only accepting passengers, brought and facilitated by state governments 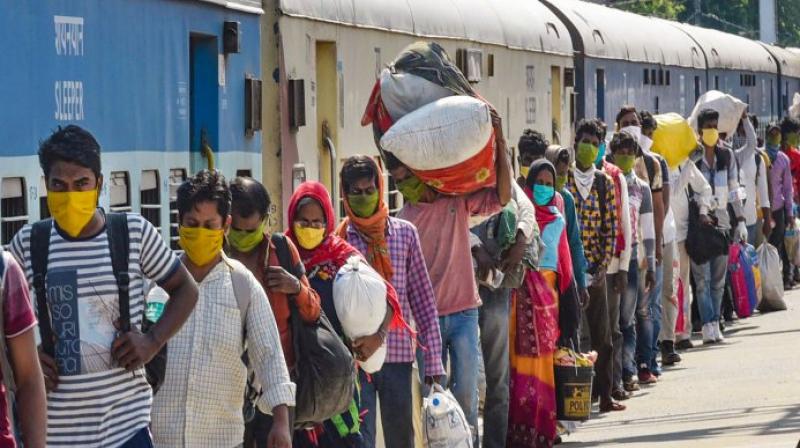 Only those authorised by states allowed in special trains during lockdown. (PTI Photo)

New Delhi: The railways reiterated on Saturday night that it was ferrying only those authorised by state governments in its special trains for people stranded during the lockdown, following reports of unauthorised travel and crowding at some stations.

In a late night statement, the national transporter said, "Railways only accepting passengers, brought and facilitated by state governments. No other group of traveller or individual are to come to station."

"Some special trains being run only on state governments' requests. All other passenger and suburban train services remain suspended," it said.

The railways also said that no tickets are being sold at any station, advising people not to converge at any rail station.

India is under a nationwide lockdown to check the spread of the novel coronavirus, with a ban on rail, air and road traffic.

Earlier this week, the Union Home Ministry allowed states to ferry their residents, particularly migrant labourers, students and tourists, stranded outside due to the lockdown in special buses and trains.