India   All India  03 Jun 2018  Identity of those exposing electoral malpractices will be protected: CEC
India, All India

Identity of those exposing electoral malpractices will be protected: CEC

The mobile app introduced by EC on a pilot basis in Karnataka assembly elections received 780 video complaints of electoral malpractices. 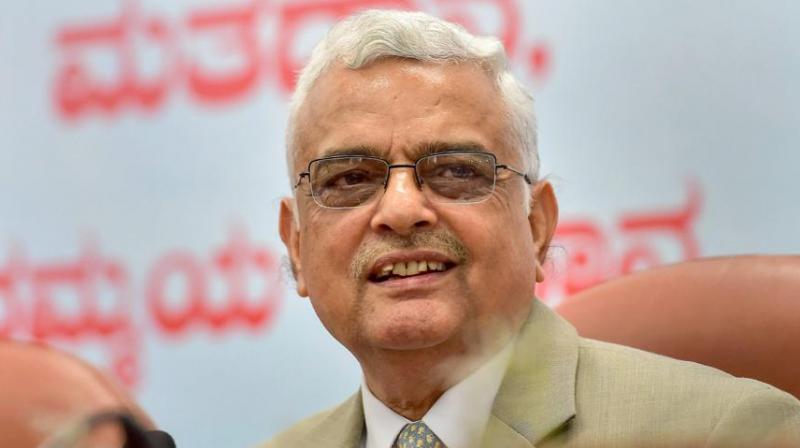 Rawat said in July 2017, the EC had convened an all-party meeting and announced that all future polls would be conducted with VVPAT equipped EVMs. (Photo: PTI)

Kolkata: Chief Election Commissioner (CEC) OP Rawat on Saturday assured that the identity of those exposing electoral malpractices through the commission’s mobile app will be protected.

The mobile app introduced by the Election Commission (EC) on a pilot basis in the recently held Karnataka assembly elections received 780 video complaints of electoral malpractices, he said.

“We will take steps not to disclose the identity of persons who are sending such videos to the Commission.

The mobile app empowers the common man to send complaints with evidences,” Rawat said at an interaction organised by MCCI here.

The EC would ascertain the latitude and longitude of the place from where the video was sent and take prompt action. This system will be followed in every election from now on, he said.

Asked to comment on complaints of tampering of EVMs by political parties, the CEC emphatically said “there is absolutely nothing to doubt the integrity of the system”.

“Such allegations against EVMs made by political parties are a means of seeking a scapegoat route,” he said.

Rawat said in July 2017, the EC had convened an all-party meeting and announced that all future polls would be conducted with VVPAT equipped EVMs.

“Use of these two will be hundred per cent. There is no question of going back to ballot papers,” he said.

On simultaneous Lok Sabha and assembly polls, Rawat said it would require changes in the Constitution, law and logistics requirement.

“All this was conveyed to the government,” the CEC said adding that as per law, the EC cannot issue any notification six months before the expiry of a house.

On the issue of electoral management, Rawat said the commission was working on a code of conduct for social media platforms to prevent harvesting of data like in the case of Cambridge Analytica.

Rawat also spoke about de-listing political parties which are not active.

“Under the plenary power given to us, we have started de-listing political parties which are not active,” the CEC said adding that the EC is not empowered by law to de-register political parties.

So far, 1000 political parties have been delisted, he said. On electoral bonds, Rawat said so far, three tranches have been issued and the EC is waiting to see the outcome.