India   All India  03 Jun 2018  Pranab Mukherjee breaks silence on RSS meet, says will only speak in Nagpur
India, All India

Pranab Mukherjee breaks silence on RSS meet, says will only speak in Nagpur

Former President Pranab Mukherjee will attend the valedictory function as chief guest at the RSS headquarters in Nagpur on June 7. 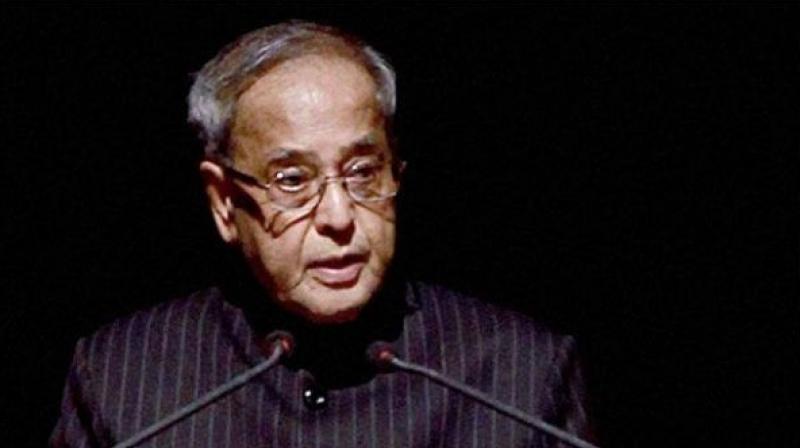 The ex-president had earlier accepted the RSS invite to be the chief guest at the event on June 7. (Photo: File)

New Delhi: As the date for the valedictory function at the RSS headquarters in Nagpur inches closer, former President Pranab Mukherjee gave a firm reply on his decision to attend the event.

The ex-president had earlier accepted the RSS invite to be the chief guest at the event on June 7.

The 82-year-old former President said to Bengali daily Anandabazar Patrika, "Whatever I have to say, I will say in Nagpur. I have received several letters, requests and phone calls, but I haven't responded to anyone yet."

However, many leaders from the Congress had earlier asked him to reconsider his decision including senior Congress leader Jairam Ramesh.

The others who tried to tell Mukherjee to reconsider his meet were Congress leader Ramesh Chennithala, former Union Minister CK Jaffer Sharief and the party's Bengal unit leader Adhir Choudhury.

Former MP and Delhi Congress leader Sandeep Dikshit said as a Congress leader and minister, Mukherjee has spoken about the RSS and the BJP many times on various issues and dubbed it as "bad" and "worst" outfit, which is "communal" and "anti-national".

However, RSS leader Rakesh Sinha said that Mukherjee's acceptance to attend the event reflects that there can be dialogue on vital issues and adversaries are not necessarily enemies.

Earlier, Union minister Nitin Gadkari had said, "The RSS is not Pakistan's ISI. The RSS is an organisation of nationalists."

"Mukherjee's acceptance of the invitation is a good start. Political untouchability is not good," Gadkari added.