India   All India  03 Jun 2018  PMO asked to reveal action plan to bring back Kohinoor, other antiques
India, All India

PMO asked to reveal action plan to bring back Kohinoor, other antiques

The antiquities which are part of folklore of Indian opulence are adorning museums world over after being taken by colonial masters. 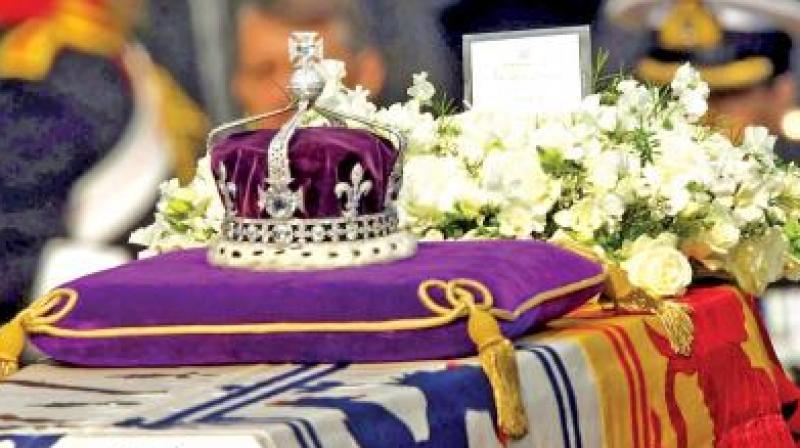 BKSR Ayyangar, the applicant, demanded records pertaining to the efforts made by the government to bring back Kohinoor diamond and other antiques. (Photo: File)

New Delhi: The Central Information Commission (CIC) has asked the Prime Minister's Office and the External Affairs Ministry to disclose the efforts made to bring back priceless Indian antiquities such as the Kohinoor diamond, golden throne of Maharaja Ranjit Singh, jade wine cup of Shah Jahan and Tipu Sultan's sword.

The antiquities which are part of folklore of Indian opulence and finesse are adorning museums world over after being taken by colonial masters and invaders.

When an RTI applicant approached the External Affairs Ministry and the Prime Minister's Office, his query was transferred to the Archaeological Survey of India which said it is not its domain to make efforts to bring them back.

The Archaeological Survey of India (ASI) said it can take up the issue of retrieval of only those antiquities, which have been illegally exported out of the country in violation of the Antiquities and Art Treasure Act, 1972 which became operational in 1976.

It said so far 25 antiquities have been retrieved from various other countries during 2014 to 2017.

When asked by Information Commissioner Sridhar Acharyulu why the RTI request was not transferred to the PMO or the Ministry of Culture, Archana Asthana of the ASI said, "These applications were filed at first with them only. I didn't understand why they sent to us."

"Deep sentiments are associated with these heritage objects as some of them are religiously considered sacred such as marble Vagdevi of Bhoj Raj, Buddha's statue from Sultanganj, Nassak diamond called 'eye' of Shiva, and objects with high historic value like Kohinoor, Tipu's sword, ring and mechanical tiger etc," he said.

They legitimately belonged to India and people of past, present and future generations are interested in repossessing them, he said in the order.

Acharyulu said the government cannot ignore these sentiments which are reflected by representations, public interest litigations and RTI requests.

Citing a number of petitions in the Supreme Court and statements made by various governments since independence, Acharyulu said that with all kinds of reports and multiple statements, the citizens are confused as to what exactly is the stand of the Union government on securing back priceless cultural heritage of India.

"It is surprising that CPIOs of PMO and Ministry of Culture did not apply their mind, ignored the lack of authority in ASI and in a routine manner transferred RTI application without even verifying whether they have any information in their records," he said.

Acharyulu said when the Culture Minister assured the Supreme Court that they would continue efforts, it was for them to inform measures or progress if any.

"Knowing that the ASI had no legal power to recover pre-independence artefacts from British how could PMO and Ministry of Culture conclude that RTI application "is more closely connected with functions of the ASI," he asked.

The efforts, if any, will involve external affairs or international transactions or diplomacy at higher level of the prime minister or minister for external affairs or high commissioners of India and other nations concerned to get back historic possessions that were taken out of India, Acharyulu said.

"The PMO and Ministry of Culture have every duty to inform the appellant and transferring RTI requests to ASI would amount to breach of that duty," he said.

Acharyulu also sought an explanation from the PMO as to why RTI request of the applicant was transferred to the ASI, when the Act of 1972 clearly explain that subject matter of the request was not under their control.